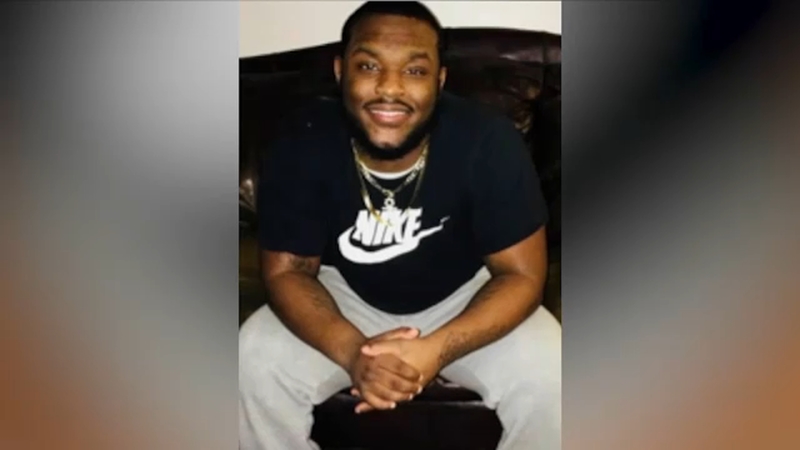 ROUND LAKE PARK, Ill. (WLS) -- A $6,000 reward is being offered for information leading to an arrest in the murder of Taiveyon Victorian in Round Lake Park 10 days ago.

Victorian was shot to death at a party on September 29. His family is mourning the loss of a young man they called a bright light, who went to a celebration and never came home.

"No, I don't get my son back, but I am not going to stop until justice is served for my son," said Keisha Victorian, Taiveyon's mother.

Keisha is calling on the community to help bring her 20-year-old son's killer to justice.

"Yes, my son made the decision to go to a party but someone took the decision for my son to come back home," she said.

The house party Taiveyon attended quickly swelled to more than 100 people. Police said the hosts started turning people away, and that at least one adult male entered the home and shot into the crowd. Taiveyon was killed, three others were injured.

"This outstanding young man, his life was taken senselessly," said Round Lake Park Police Chief George Filenko. "And we can't permit that to happen."

Taiveyon's family said he was a standout football player at Zion-Benton High School and recently was working at an Amazon warehouse.

Reverend Arthur Gass said he watched Taiveyon grow up, and that it's a tragedy his life was cut short.

"If you don't know, let me tell you that you are just as guilty as the shooters if you know who did it and won't talk," Rev. Gass said.

Police said they are getting tips and following up on any leads they can, but they stress they need the community's help to solve this crime.
Report a correction or typo
Related topics:
round lakemurdershootingrewardunsolved crime
Copyright © 2021 WLS-TV. All Rights Reserved.
TOP STORIES
Woman killed in Chatham shooting ID'd, 9 others shot
Chicago boy who tried to kill himself after being bullied dies at 13
Vigil held for 'School of Rock' actor killed in Avondale bicycle crash
Weekend violence leaves 23 shot, 3 fatally, in Chicago shootings
Carjacker returns to scene of crime to return toddler to mom
Sinkhole in Mexico now larger than football field, traps 2 dogs
Toddler falls from home window, mauled to death by family's 2 pit bulls when he lands
Show More
Delta flight diverted after passenger makes 'terroristic threats'
Soccer player collapses, given chest compressions during Euro 2020 match
Severe weather brings hails, some rain to Chicago area
Ex-NFL player whose girlfriend is missing has been arrested in Texas
What mom, daughter did with 80,000 penny child support payment
More TOP STORIES News