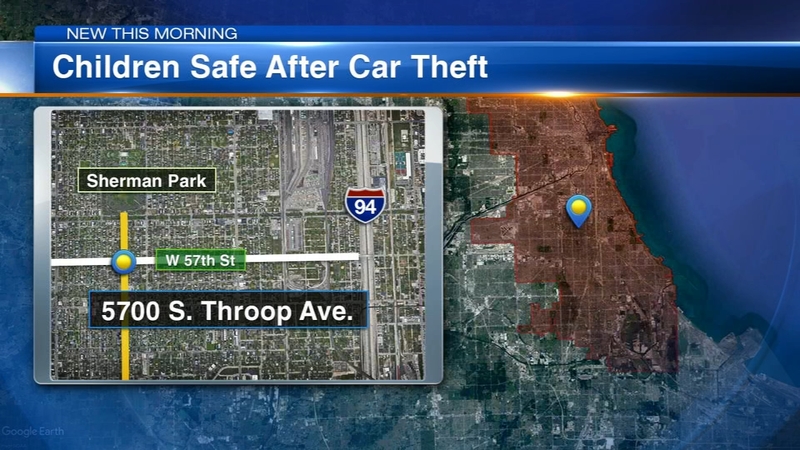 2 children safe after car theft on South Side

CHICAGO (WLS) -- Two young children were found safe after Chicago police said the car they were sitting in was stolen on the South Side Sunday night.

The two kids, ages five and seven, were left inside an unlocked vehicle that was left running with the keys inside near 56th and Throop streets when police said the car was stolen.

Police said one of the kids used a tablet to call their mother and told her they had been left in the car for a long time.