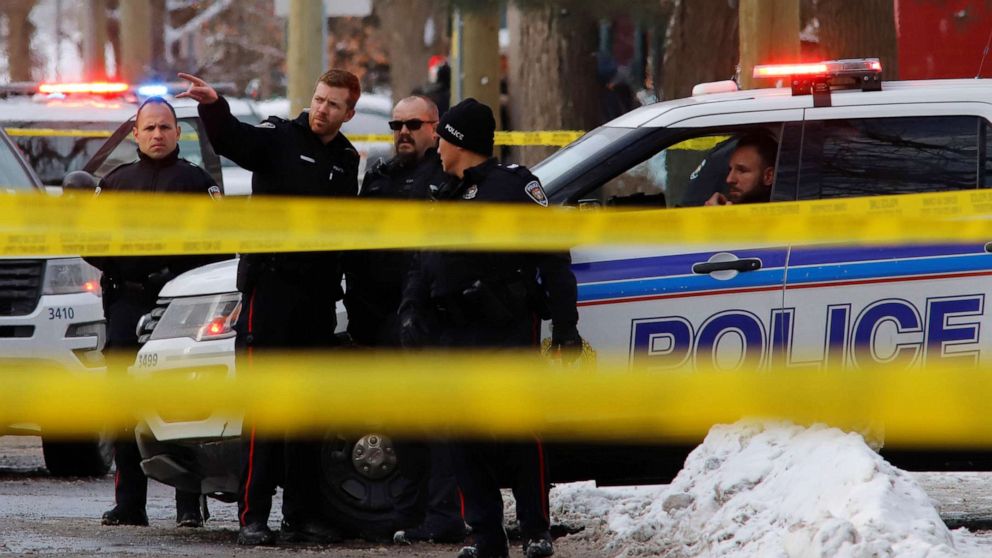 One person was killed and three were seriously wounded from a shooting in Ottawa, Canada, Wednesday morning that police said was "targeted."

The suspect in the shooting in the busy Centertown section of Canada's capital city is still at large, prompting a massive manhunt, authorities said.

The scene is secure and "this is not considered an active shooter situation," officials said.

"At this time, there is no suspect in custody; however investigators believe that the shooting was targeted," Ottawa Police Department officials said in a statement on Twitter.

The shooting took place on Gilmour Street at about 7:30 a.m. local time. Additional details were not immediately available.

"Police were called to the scene after reports of multiple gunshots," police said in a statement. "Once on scene officers found several people injured."

The Ottawa Police Major Crime Unit is pleading with the public to help its investigators identify the suspect, saying in a statement, "There is no suspect description available at this time."

"The Major Crime investigators have confirmed that there are no national security implications related to this incident," the statement reads.