1 dead, all inbound lanes blocked on Eisenhower after crash 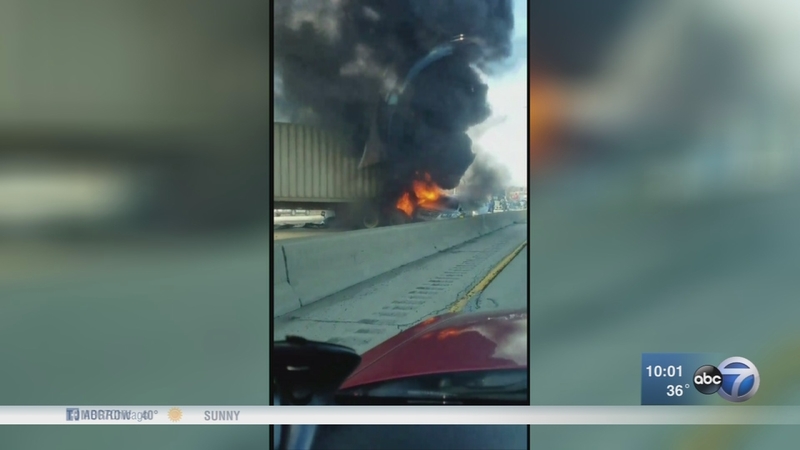 1 dead, all inbound lanes blocked on Eisenhower after crash

ELMHURST, Ill. -- At least one person is dead after a crash involving seven vehicles, including semis, Illinois State Police said.

The identity of the person who died is being withheld until next of kin can be notified, state police said.

The crash closed all lanes on the inbound Eisenhower Expressway at St. Charles Road in Elmhurst at about 2 p.m. The lanes are expected to remain closed through the night as debris is removed from the scene, and may not reopen until 5 a.m.

One woman who lives near the highway said the accident was so loud, she heard it inside her home.

"We were in the basement and it sounded like two explosions or someone dropped something on the floor upstairs, and that's what we thought it was, but then we heard all the helicopters so we came down here," said Vanessa Underwood. "Oh, it was horrible. You could tell two cars were completely burnt up. One of them was smashed against the jersey wall. And I think there were three semis down there," said

Chicago Fire Department reported that six pieces of their equipment are on the scene, including a foam truck from O'Hare International Airport.