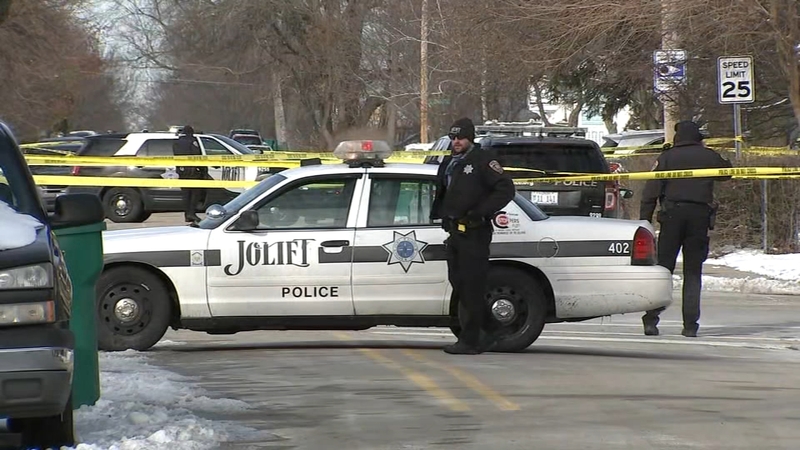 JOLIET, Ill. (WLS) -- A man was injured when Joliet police officers were involved in a shooting Thursday morning, officials said.

Officers responded to a home in the 1200-block of Nicholson Street shortly after 10:15 a.m. for a call about a disturbance. Investigators said when they arrived, they spoke to a 30-year-old man. At some point during their conversation, the man pulled out a gun and pointed it at one of the officers, according to investigators.

The officer fired shots at the man, hitting him multiple times. He was taken to St. Joseph's Medical Center where he underwent surgery, and was reported to be in stable condition as of 3:30 p.m., investigators with the Will-Grundy Major Crimes Task Force said.

The two officers were taken to Silver Cross Hospital for evaluation and then released.

The Will-Grundy Major Crimes Task Force is investigating the shooting. Investigators said they have spoken to multiple witnesses to the shooting, who corroborated the officers' account.

The investigation is ongoing and no further details have be released.
Report a correction or typo
Related topics:
jolietpolice shootingshooting
Copyright © 2021 WLS-TV. All Rights Reserved.
POLICE SHOOTING