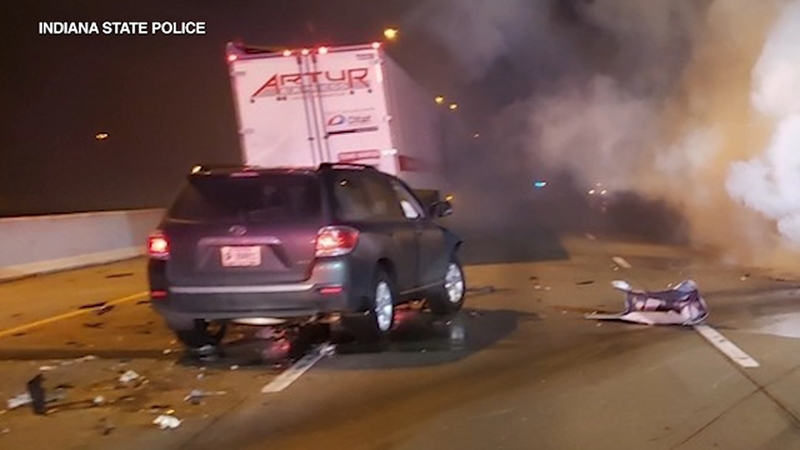 HAMMOND, Ind. (WLS) -- One person is dead and two others are injured after a backup on I-80/94 in northwest Indiana leads to several crashes, state police said.

It all started when a driver crashed his car and ended up blocking two lanes Sunday at around 2 a.m., according to Indiana State Police.

Police said they suspected the driver was drunk, and he refused to submit to a chemical test.

He was taken into custody, according to state police.