1 killed, 3 others critically injured after stabbing in Portage Park on Northwest Side, officials say 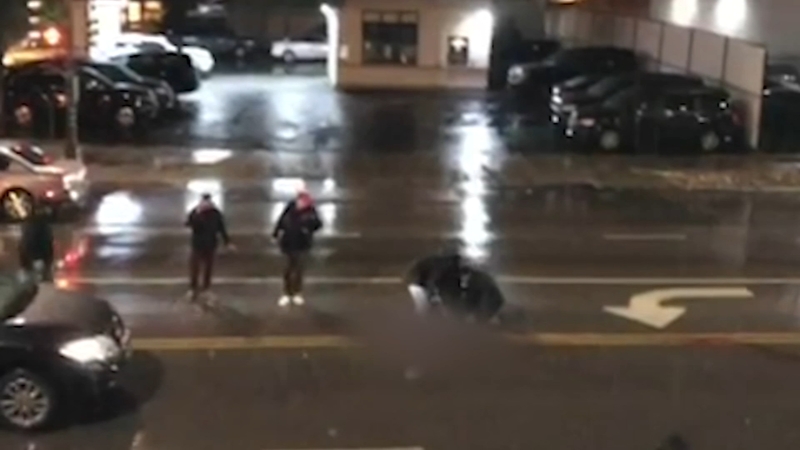 1 killed, 3 others critically injured after stabbing in Portage Park on Northwest Side, officials say

CHICAGO (WLS) -- One man was killed and three others were critically injured with stab wounds after a car accident turned into a physical altercation early Monday morning in Portage Park, Chicago police said.

According to police, around 2:04 a.m. four men were walking to their parked car in the 5300 block of W. Irving Park Road when their vehicle was struck by another vehicle causing minor damage.

The driver of the car who struck the parked car exited his vehicle with a knife in hand, police said.

According to police, an argument then turned into a physical altercation.

"I looked out my window, and somebody was laying in the street in a pool of blood, and their friends are trying to resuscitate them," Rosenthal recalled. "I don't understand how one person can attack four people all at once."

Two 28-year-old men suffered stab wounds to the chest and were transported to Illinois Masonic Medical Center where one of the men was pronounced dead, police said. The other is in critical condition.

A 27-year-old man is also at Illinois Masonic with a stab wound to the stomach. He is in critical condition.

A fourth victim, 29, was stabbed in a currently unknown part of the body. He is also in critical condition at Illinois Masonic, police said.

A fifth victim, who was not stabbed, was taken to the hospital in good condition.

The incident comes as a surprise to Portage Park residents, who said they view the neighborhood as a safe one.

"It makes you think that there is no safe place in this day in Chicago, said neighbor Dustin Burton. "I'm here in Portage Park because I thought it was a great place to be for the most part it is."

According to police, the suspects fled the scene in their own vehicle.