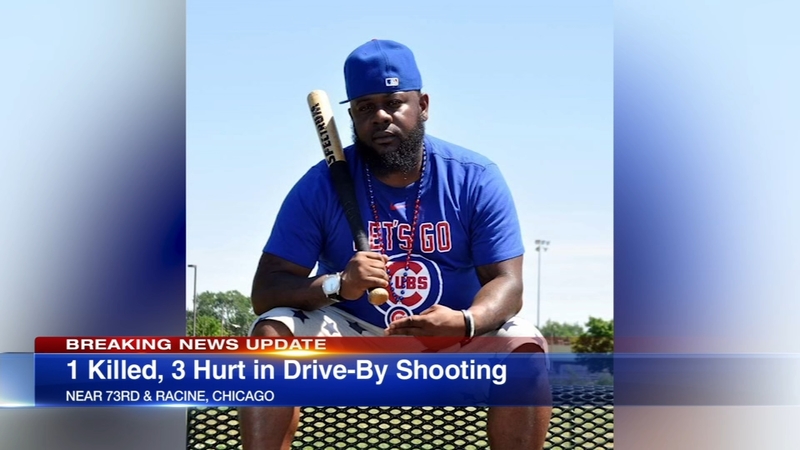 CHICAGO (WLS) -- A man was killed and three other people wounded in a drive-by shooting in Englewood Sunday morning.

Police said three men and one woman were standing outside when two people in an SUV passed by and fired shots. Police said the SUV may have been a Jeep.

A 35-year-old man died at the scene. Family members identified him as Ari Armour, a father of two who was a CPS security guard, assistant football coach for Hubbard High School and also a children's book author. A CPS spokeswoman said that Armour has not been employed by CPS since January 2018.

Pastor Donovan Price was on the scene shortly after the shooting and said the victims' families still have many questions.

"Why what happened exactly in general and why this night turned into what it has turned into, which is quite a horrific night," Dr. Price said.