100-year-old woman, who quit school during Great Depression, gets diploma over 80 years later 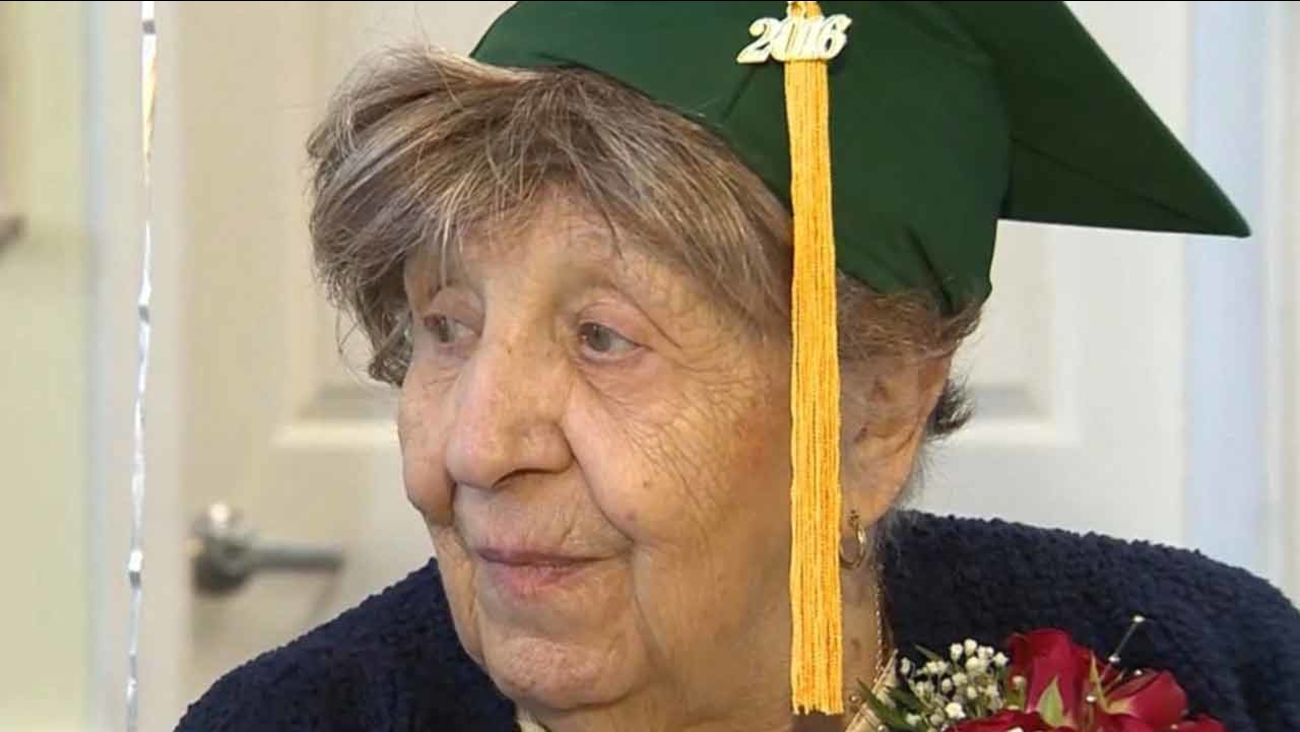 Clare Picciuto is seen with a graduation gap in North Reading, Massachusetts.

NORTH READING, Mass. -- A Massachusetts woman turning 100 on Friday recently got an early birthday surprise: the high school graduation she never had over 80 years ago.

Just before Clare Picciuto was supposed to start high school in the early 1930s, the Great Depression hit, according to her daughter, Deborah Picciuto. Clare was asked by her parents to stop her education and start working, Deborah said.

"Her brothers were allowed to continue with their education, and she always bemoaned the fact that she wasn't able to," Deborah Picciuto, 59, told ABC News. "But she never lost her love of learning.

Clare would read dictionaries and encyclopedias for fun, and she constantly reminded Deborah -- and later, Deborah's daughters -- to never take their education for granted and to always study hard, Deborah said.

"She's been to so many graduations -- my high school, college and grad school ones -- and a bunch more for all of my daughters', but she's never had her own," Deborah said. "So I wanted to give her that."

Deborah surprised her mother Wednesday, when Clare went to the Edith A. O'Leary Senior Center in North Reading, Massachusetts, for her first bingo day.

While Clare didn't win the game, she still felt like she hit the jackpot when the North Reading Public Schools' superintendent approached her with a cap and gown, a gold honors tassel and an honorary high school diploma.

"I told her that in my opinion, her life experiences alone had earned her the honor tassel and diploma," Superintendent Jon Bernard said. "Clare was so articulate, sharp and positive. She is truly representative of all the things we should aspire to be."

"She is our oldest resident, oldest volunteer and let me tell you, she has still very much got it," Prenney said. "She is a dynamite -- a healthy woman with a great personality."

Prenney said Clare doesn't let age get in the way of anything. Clare lives on her own, volunteers often for the city and loves going bowling.

She has also got a "great sense of humor" and is "very quick-witted," Prenney said.

"When her van driver dropped her off back home, he congratulated her on the diploma and she said, 'Well, it's only right. I've waited for this for 100 years,'" Prenney said with a laugh.