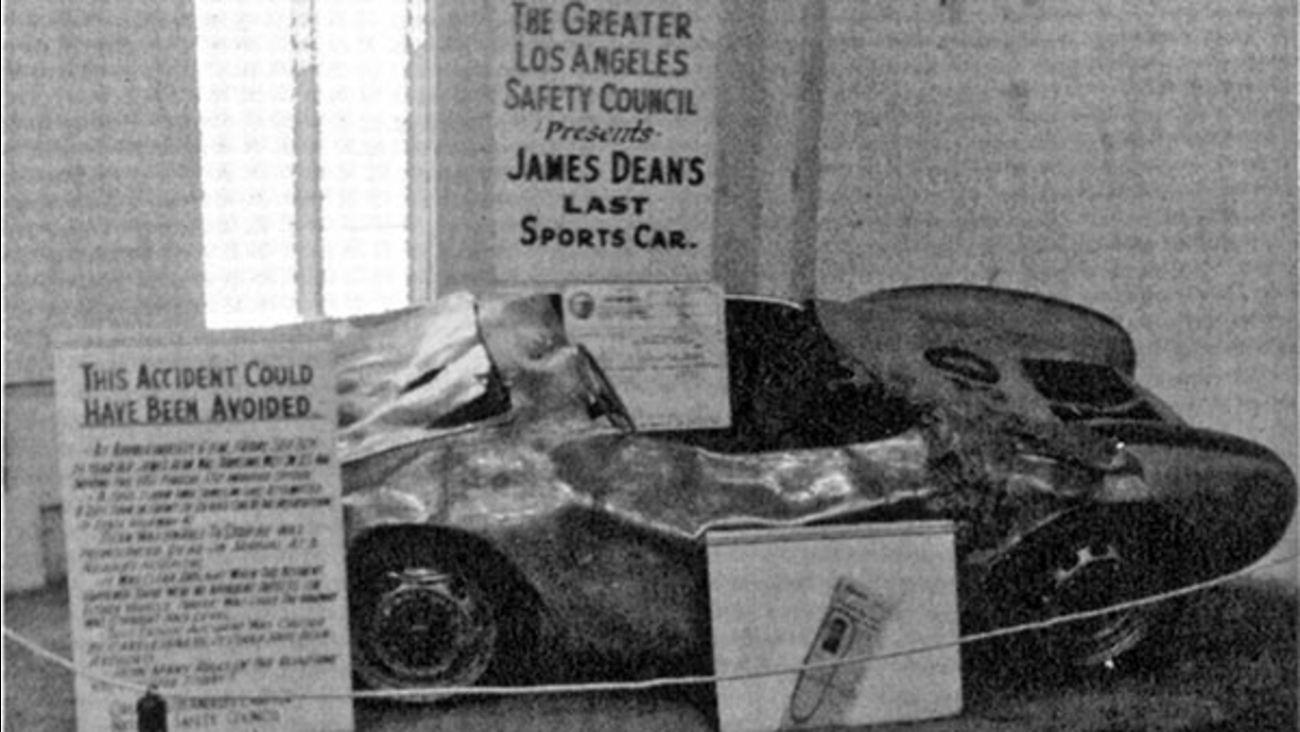 The wreckage of James Dean's Porsche Spyder, on display as part of a highway safety exhibit. Dean was killed when he wrecked the car on Sept. 30, 1955. (Volo Auto Museum)

VOLO, Ill. (WLS) -- The Volo Auto Museum says it has a credible tip regarding the whereabouts of James Dean's Porsche Spyder wreckage, missing since the early 1960s.

Dean died on Sept. 30, 1955, after crashing his car. The wrecked Porsche toured nationally as a highway safety exhibit after the actor's death, only to go missing while being transported from Florida to California. 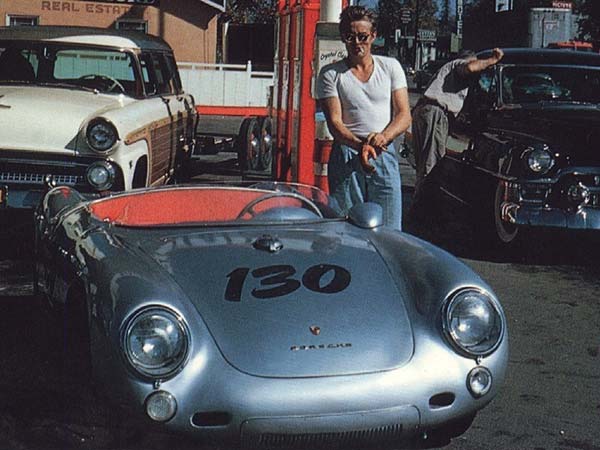 This photo is widely believed to be one of the last taken, within hours of actor James Dean's death while driving the Porsche on Sept. 30, 1955.

Long rumored to be cursed, the Auto Museum made a reward offering of $1 million for the wreckage in 2005. Following an episode of "Brad Meltzer's Lost History" that aired in winter 2014, the museum says, they were contacted by a man in the spring with an intriguing tale.

"He said he was 6 years old at the time, and was present as his father and some other men put the wreckage behind a false wall in a building in Whatcom County, Washington," said Brian Grams, director of the Volo Auto Museum.

Grams said the man also recounted some conversational details that supported his claim and offered to take, and passed, a polygraph test.

Grams said the man has declined to reveal the building's location until he has signed a deal for a portion of the reward and the museum will pay only if it gains legal possession of the car, whose current ownership is in question, but communications are still ongoing.

"This guy's story is awesome, and our most believable lead to date," Grams said. "It's kind of like Al Capone's vault. If it is in there, it continues the legend of this car's notorious history."