1 injured in Dan Ryan Expressway shooting on South Side 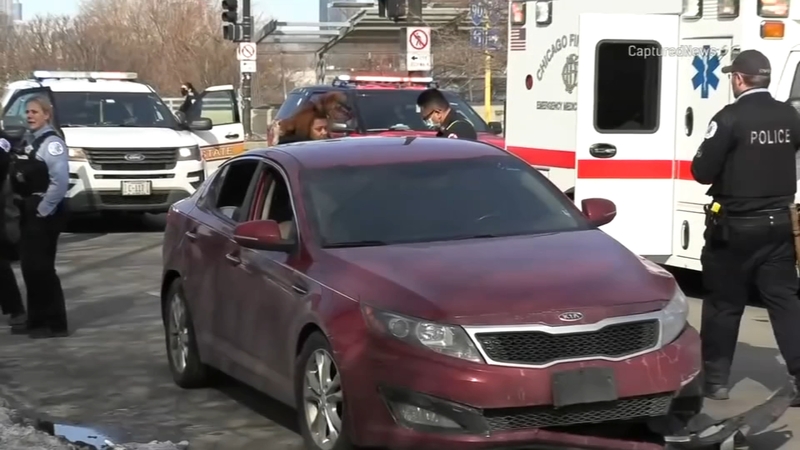 CHICAGO (WLS) -- A man was injured in a shooting on the Dan Ryan Expressway Thursday afternoon, Illinois State Police said.

State police said the shooting took place in the I-94 northbound local lanes just south of Garfield Boulevard around 1:15 p.m.

The 24-year-old man was taken to a hospital with non-life threatening injuries, state police said. No further details about the man have been released.

There were at least three bullet holes visible in the Kia red sedan.

"There were three shots, it's really sad," said Tanya Henderson, the victim's aunt. "We're glad he only got hit one time in the leg."

A woman and a juvenile were also inside the car at the time of the shooting, Illinois State Police said, but neither were injured. Family said the child in the car was the man's 5-month-old son.

"Everything's OK from my knowledge, and that's all. I don't know, the baby is OK. My great grandbaby is OK. Thank the Lord," said Valerie Nelson, the victim's grandmother.

The circumstances surrounding the shooting were not immediately clear and state police did not offer any further details. The car eventually came to a stop at 35th and Wentworth.

Expressway shootings in the Chicago area have skyrocketed, up 345% over the last year according to state police records. So far in 2021 troopers have responded to 38 shootings on Chicago area expressways, compared to just 11 for the same period in 2020.