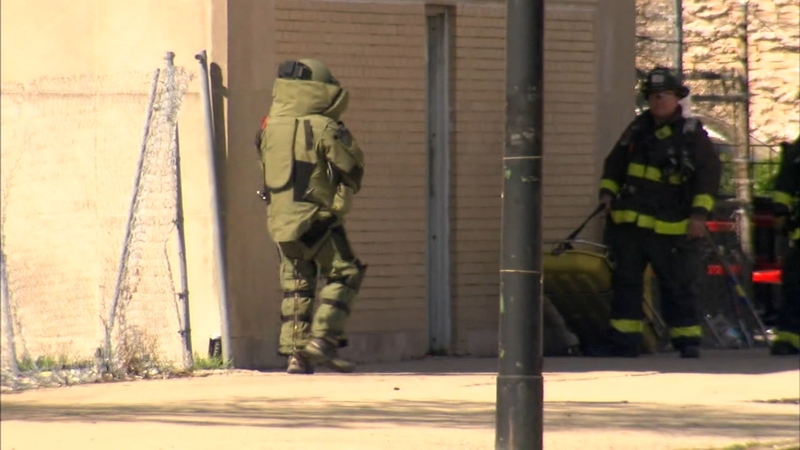 A call was placed just after 9:35 a.m. about a suspicious package in the 5000-block of West Madison Street, Chicago fire officials said.

Chicago firefighters responded and found a possible grenade in a blue lunch bag.

It was later confirmed to be a live grenade, and the bomb squad was working on it.

Streets were closed off in the area.

CPD said the scene was released at 11:10 a.m. The bomb squad removed the grenade and planned to take it to a secure location to dispose of it.

No additional information about the circumstances surrounding the incident was immediately provided.

Highland Park police said a hand grenade was found by a resident last Tuesday, and then more "explosive material" was found Friday at the Openlands Lakeshore Preserve in Highland Park.

In both instances, the Highland Park Police Department and the Waukegan Bomb Squad said the explosives were removed in a safe and secure manner.