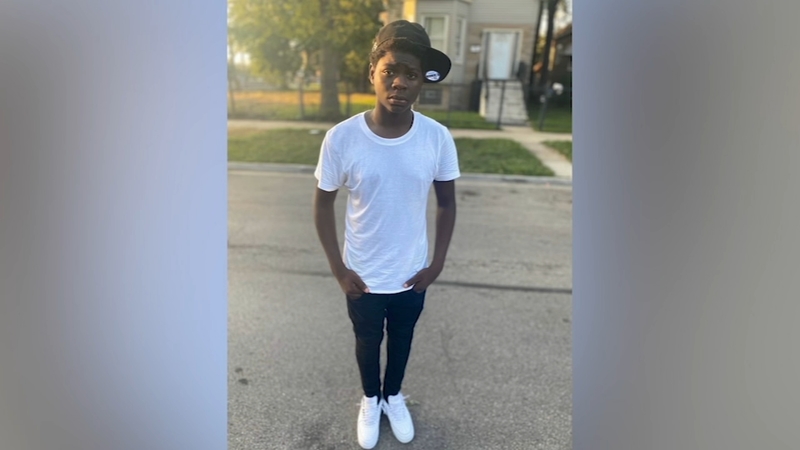 Family identified the 13-year-old boy as Swaysee Rankin. They said he is talking and responsive but still in pain.

The 14-year-old's mother identified him as Randle Archie. She said he was shot once in the stomach and remains hospitalized.

The boys are cousins.

"Some people don't make it outta this at all and for them to be little boys, they're strong super strong and it's a blessing," said Ashley Jackson, Swaysee's mother.
Jackson said her son was leaving a friend's house to go to a cousin's with a group of people at the time of the shooting and that he is not in a gang.

"My son is absolutely not gang affiliated from my knowledge," Jackson said. "It was a drive-by shooting, just something random. He left out of one house and he was on the way to the next with a group of friends and somebody just pulled up and started shooting."

Rankin's mother called the officers who transported her son to the emergency room heroes.

"Those officers were quick, did not wait, got him on time," she said. "I am so thankful."

The mother of a 13-year-old boy wounded ina drive-by shooting thanks Chicago police officers who transported the boy to the hospital Monday night.

Last October, her son helped save a little girl's life in the same neighborhood, just a few blocks away from the shooting that injured him.

That's when 10-year-old La'Mya Sparks got caught in the middle of gunfire. Rankin used his shirt to stop the bullet wound to her back from bleeding until paramedics arrived.

"I feel like my baby was a hero to someone else and someone returned the favor," Jackson said.

Sparks, a fourth grader, was playing in a park when she was shot.

"We were running and I feel, got back up and then fell again," she recalled.

La'Mya Sparks was just 10 when she was shot in a park in South Chicago. Tuesday, a boy who helped save her life was shot and critically injured, along with his cousin, just blocks

"He wrapped the shirt around her wounds and now he's been shot??" Sparks' mother asked in disbelief.

CPD said the boys are not known to police and Area 2 detectives are investigating.

Family members hope whoever did this will be caught.

"This is crazy that this is going on in the city of Chicago like this," said Demond Billops, uncle. "We pray that they stop doing this. These little kids have to grow up. What they are exposed to is what they are going to be."

"These kids do not deserve it," Jackson said. "These are babies laying up in these hospital beds that don't even know why they're there."