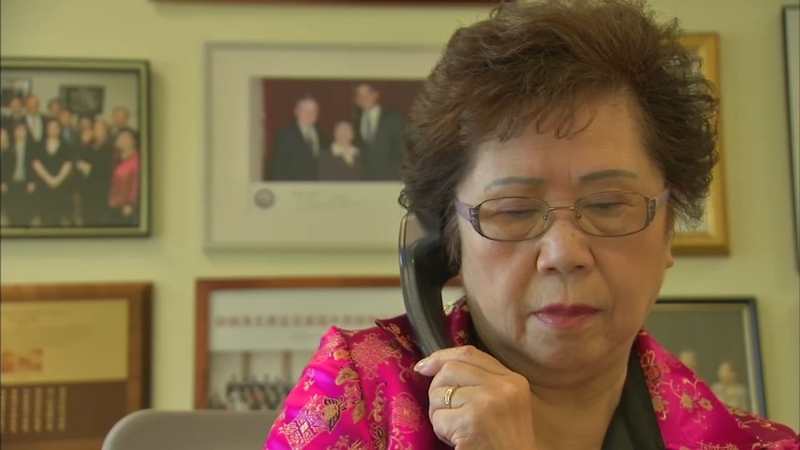 She was surrounded by family and friends.

"She had so much grit, she had so much get up and go and that developed into a power she used in order to bring people to come and help other people," said Yu.

The dynamo from Hong Kong came to America at 18 to study social work at Iowa's Briarcliff College and at Washington University in St. Louis. She took a hard look at Chicago's Chinatown and saw needs, like those of restaurant workers.

"If they had a child they sent the child back to China because they didn't have anybody here to take care of their baby," said Yu. "They couldn't afford daycare, even if there even was daycare in Chinatown, and when she found out she started the daycare so that these people wouldn't have to send her babies off to China."

Wong founded the Chinese American Service League in 1978. The three-person operation with a budget of $16,000 now employs over 500 people with a $34 million budget for all sorts of services. It succeeded because Bernie saw the worth in every new immigrant - Chinese or otherwise.

"Don't just hand them something, these are people that if you help them and help them take care of their children so that they can go to work, if you do job training for them, if you teach them better English, they are going to contribute to this community," said Yu.

Now CASL truly is a castle nestled in Chinatown's heart, radiating support for thousands of clients everyday with a personal and professional touch - just like Bernie.

"She was able to meet with you on a level that really inspired you to support the community she was able to touch your heart where are you just wanted to be a part of this organization," said Paul Luu, CEO, CASL.

She was also the first Asian appointed to the boards of United Way of Chicago and the Chicago Public Library, as well as chaired the Chicago mayor's advisory council on Asian affairs.

I'm deeply saddened today to learn of the passing of Bernie Wong. A life dedicated to service, Bernie was a fierce advocate for the Chinese community in Chicago and the founder of @CASLmedia.
Learn more about Bernie's inspiring legacy: https://t.co/8MqfcARwvL

She was also honored in 2012 by then-President Barack Obama for her work in Chicago. She was one of 10 leaders recognized as "the Chavez Champions of Change" award, which celebrates the values of civil rights leader and immigrant worker, Cesar Chavez.