Mom, who thought she was pregnant with 7 babies, gives birth to 9 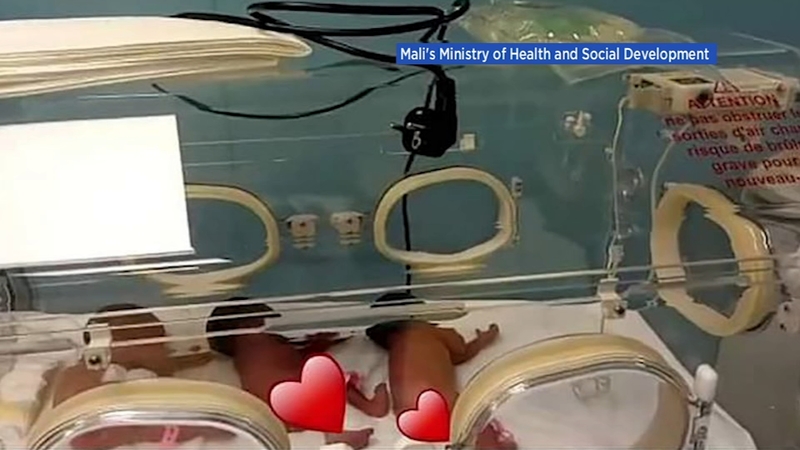 A woman from Mali has given birth to nine babies -- two more than the seven that ultrasounds had detected -- according to the country's Ministry of Health.

Ultrasounds done in Mali and Morocco indicated that Halima Cisse was pregnant with seven children -- but on Tuesday, she gave birth to five girls and four boys, Fanta Siby, Mali's minister of health and social development, said in a statement.

Cisse was admitted to a Moroccan clinic following a two-week stay in a hospital in the Malian capital, Bamako, the statement added.

All children were delivered by C-section, and mother and newborns are doing well, according to Siby.

Morocco's health ministry spokesman, Rachid Koudhari, said he had no knowledge of the multiple births having taken place in one of the country's hospitals, the AFP news agency reported.

CNN has reached out to the Moroccan health ministry for comment.

The record for the most children delivered at a single birth to survive belongs to Nadya Suleman, who in 2009 gave birth to six boys and two girls in California, according to the Guinness World Records. The babies, conceived using in vitro fertilization (IVF) treatment, were delivered by C-section.