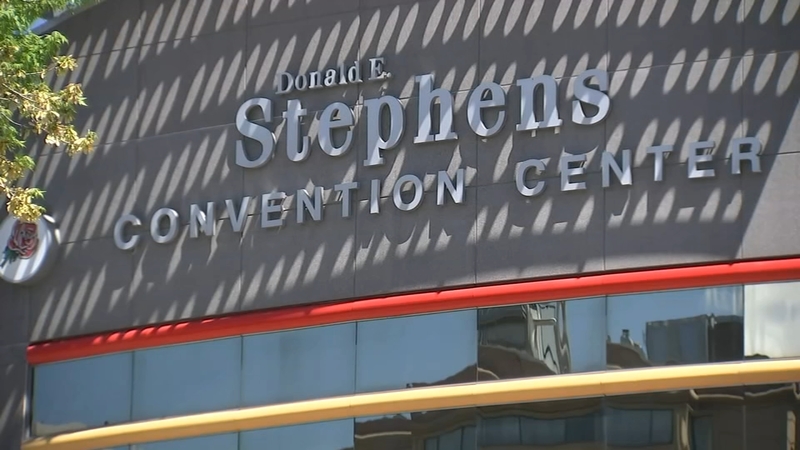 CHICAGO (WLS) -- Conventions will soon make a comeback across the Chicago area.

For the first time since the start of the pandemic, large business and retail conferences are being scheduled, but with restrictions.

The return of conventions is expected to drive much-needed business to the restaurant and hotel industry.

Thirty trade shows and conventions are tentatively scheduled at the Stephens Convention center in Rosemont and 15 at McCormack Place, Including the Chicago Auto Show to kick things off this summer.

These conventions are huge economic drivers for the Chicago area.

Come July, the Stephens Convention Center will welcome its first convention in more than a year, with COVID safety precautions in place. It's just the start after a tough run of postponements and cancellations.

"We've got a big building here, just about a million square feet, and the lights have been off for over a year. It's been really a weird time here," said Chris Stephens, Donald Stephens Convention Center executive director.

Stephens said restarting conventions is something that will revitalize the Chicago area economy.

"It touches just about everything, especially here. We're two and a half square miles in Rosemont. There's more hotel rooms than residents here," he said.

And across the street, for those with a stake in the convention business, things are heating up.

"It all starts with the convention center. And then what happens there is the hotels fill up at that point, and they're also scheduling shows at the Rosemont Theater or the Allstate Arena and everything just trickles down," said Patrick Houlihan, managing partner at Gibsons Restaurant Group.

Houlihan said with more conventions coming, he's hired back 95 percent of his staff and expects to need even more.

Conventions here and in a Chicago are a lifeline, especially for hotels that rely on them for at least half of their revenue.

"When these visitors come to McCormick Place. They not only stay in our hotels, they eat in our restaurants, they go out to the neighborhoods, they go to the museums, they go to Navy Pier," said Michael Jacobson, President and CEO of the Illinois Hotel and Lodging Association.

And the head of the Magnificent Mile Association said nearly all downtown business can benefit from a convention comeback.