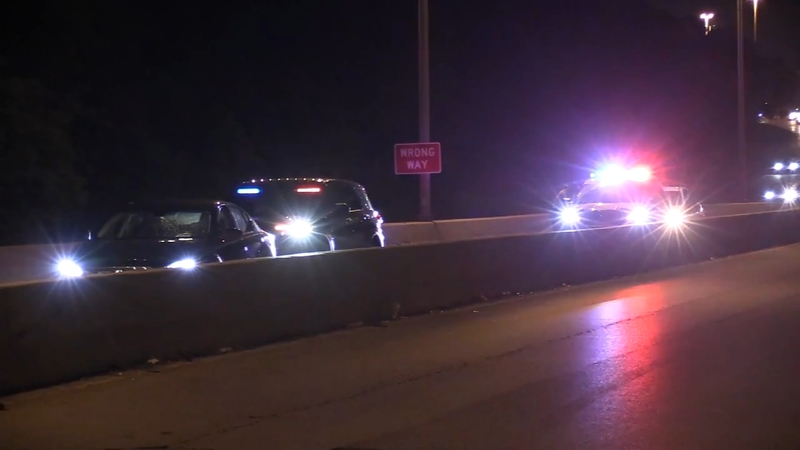 CHICAGO (WLS) -- One man is dead and another critically wounded in separate expressway shootings Saturday.

A 27-year-old man was fatally shot while driving on the Eisenhower Expressway early Saturday morning.

It happened as the victim was heading westbound around 12:07 a.m. along the outbound lanes at the Austin Boulevard off-ramp, according to Illinois State Police.

Shots were fired from another vehicle, police said.

Video from the scene showed several bullet holes on the side of the car as police investigated.

The man was transported to Loyola Medical Center in Maywood where he later died, police said.

The westbound exit ramp to Austin was closed for about three hours for the investigation.

Another man was shot in a separate expressway shooting Saturday on I-55.

A man was shot on the Stevenson Expressway Saturday.

Shortly after 5 p.m., ISP responded to a shooting on the Stevenson Expressway.

A 35-year-old man with a gunshot wound was taken to Mount Siani in critical condition, according to Chicago Fire officials.

Before being taken to the hospital, the man was able to get off at the Pulaski exit, CFD said.

All southbound lanes were closed while police investigated.