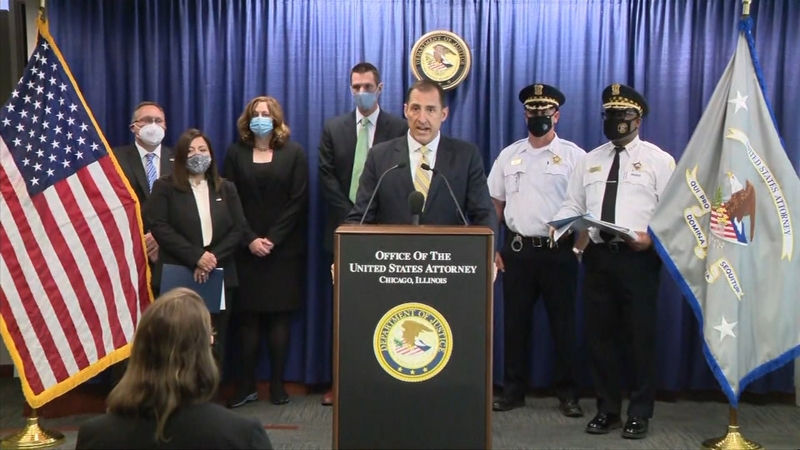 CHICAGO (WLS) -- The U.S. Attorney's Office for the Northern District of Illinois announced Thursday charges against 17 suspects as part of a multi-year drug-trafficking probe.

The investigation, known as "Operation Tragic Blow," was a joint effort by local and federal law enforcement and led to seizures of cocaine and heroin in Chicago.