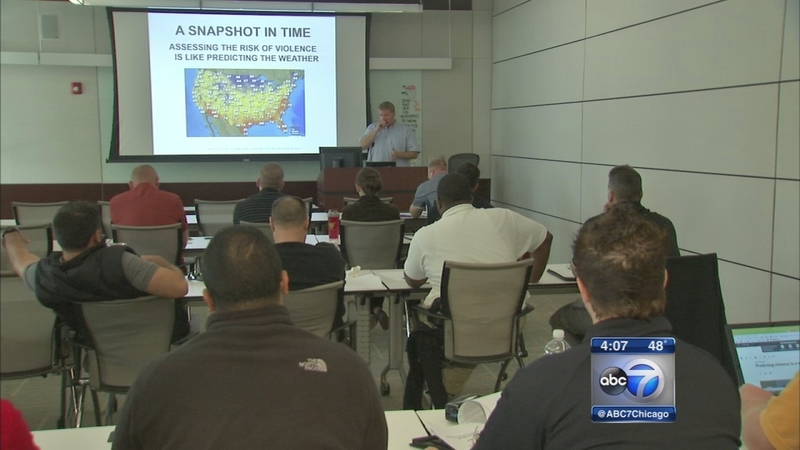 CHICAGO (WLS) -- In order for police to do their job well on the street, officers must log many hours in a classroom. But state's budget crisis is putting some of that vital training at risk.

After basic training in the police academy, it takes additional training throughout an officer's career for things like evidence technicians, homicide investigations, DUI stops, accident reconstruction - and the list goes on.

Much of the training is mandated by state law, including a new bill requiring more training in response to fatal police encounters. But, the state budget crisis has put all that training at risk.

"C'mon, you can't tell us you want to be trained in certain areas and stop the funding that allows us to do it and hold us accountable. It doesn't make sense," said Frank Kaminski, president, Illinois Association Chiefs of Police.

Without a state budget, Illinois' largest police training facility may be forced to shut down. North East Multi-Regional Training is responsible for training over 320 local police departments. Known as NEMRT, it has already cut over 100 classes since September.

"As of Jan 1, we will probably be out of money and funds we have to continue to train past that time," said Tom Reasoner, NEMRT.

NEMRT is funded in part by money collected from traffic convictions, so the funds exist, but are tied up until Springfield passes a budget.