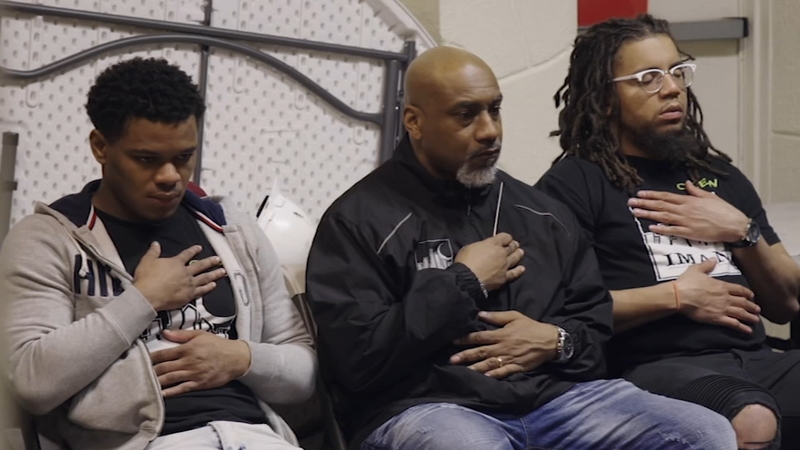 CHICAGO (WLS) -- Oscar nominated filmmaker Bing Liu is showing his latest film, "All These Sons," at the Doc 10 Film Fest.

Liu launched his career in Chicago with his acclaimed documentary "Minding the Gap." His new film addresses efforts in Chicago to try to save young men caught in the relentless cycle of violence.

Liu and co-director Joshua Altman immersed themselves in the communities where "All These Son" try to live, and are often destined to die. They look at two groups trying to stop young futures from bleeding out. A lot of young men in the film had some setbacks.

"The fact that there are solutions and they're out there, and it's about how we as a society choose to support it or not," Liu said.

"I grew up in a household where violence was a given," he added. "I felt angry, I felt hopeless, I felt like I wanted to lash out, but I also felt like I wanted to be better. That, I'm going to carry with me for the rest of my life. The film points out that we spend millions of dollars a day for police; a drop in the bucket is needed of that money in order to keep the lights on for some of these programs for months."

Liu pointed to a phrase by Roger Ebert to home in on the power of his movie.

"The power of this film is what Ebert said; an empathy machine," he said. "It forces you to be in the shoes of people that you often don't even think of as perhaps human because you think of them as the worst mistake of their life, and that's only what you see them as. We just wanted to tell a compelling story that really tried to get at the truth."