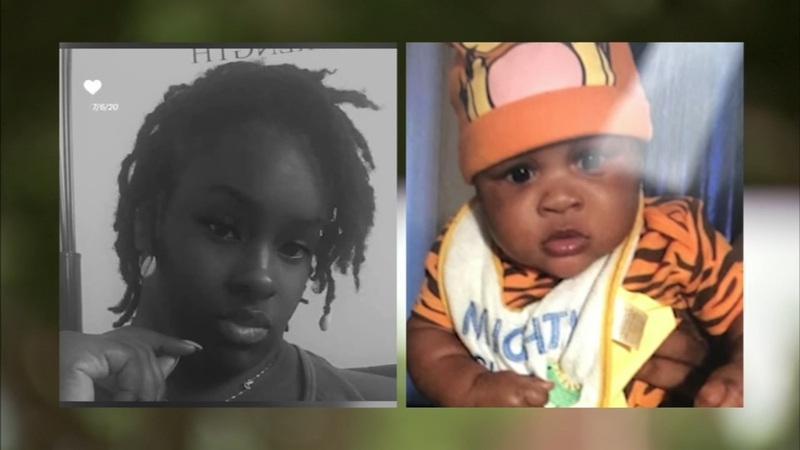 CHICAGO (WLS) -- A South Side family of four was out celebrating a historic moment when the unthinkable happened.

"We just happened to go outside to celebrate Juneteenth. Had the most beautiful day we ever had. And for us to be that close from making it home safe..." said Sebastian Taylor Sr.

That moment turned to tragedy after two people in a stolen van stole half of Taylor's family.

"Out of a blink of an eye, my whole life changed," he said.

Taylor's 32-year-old wife Selina was killed overnight Sunday after police said the driver of a stolen Chevy Malibu crashed into the family's car at 39th and State. The couple's son, 3-month-old Sebastian Jr., died from his injuries Monday afternoon.

"All he had was just bubbles and giggles. Always kicking his little feet, biting on his little hands," Taylor said. "You would not believe the personality he had in three months."

Taylor said he remembers cutting the car seat seatbelt in order to hand his baby to first responders.

Taylor's 12-year-old son David is still fighting for his life; he was ejected from the back seat of the car.

Police said the two men inside the stolen Chevy ran away after the crash.

"Look what you caused trying to get away, brother," Taylor said.

Community activists are now offering a $2,000 reward for any information that leads to an arrest.

"We have a mother and 3-month-old baby that lost their lives due to the negligence of the individuals jumping out of this Malibu," said Andrew Holmes, community activist.