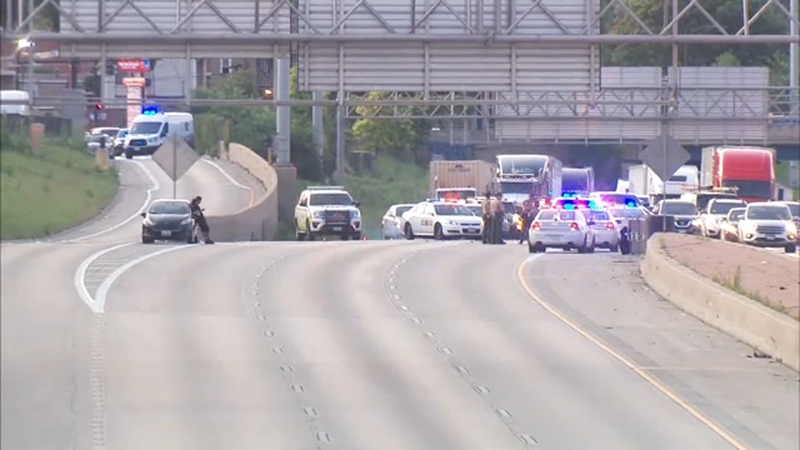 CHICAGO (WLS) -- A woman was critically injured in a shooting on the Dan Ryan Expressway Friday night, according to Illinois State Police.

The Chicago Fire Department said the shooting happened just after 7 p.m. in the outbound lanes of I-90/94 near 47th Street in the Fuller Park neighborhood on the South Side. Police said preliminary reports indicate the shots were fired from an unknown vehicle.

Police said a 51-year-old Buffalo Grove woman was in the front seat passenger of a car riding southbound on the Dan Ryan when she was struck by gunfire.

The woman was taken to University of Chicago Hospital in critical condition, ISP said.

The driver, a 26-year-old woman, and the two rear passengers, a 55-year-old man and 14-year-old boy, did not sutain any injuries. All in the vehicle are from Buffalo Grove, officials said.

A second vehicle was also struck by gunfire, police said. The 28-year-old driver from Chicago was not injured.

ISP closed all southbound lanes of the Dan Ryan starting at 26th Street for the investigation but was reopened just after 10 p.m. Friday.

The shooting remains under investigation