YONKERS, N.Y. -- Hero police officers and bystanders were credited with saving lives when an out-of-control car slammed into a mother carrying her child as they crossed the street.

"It's honestly a miracle that both of them survived -- very strong mom and an even stronger little infant," Officer Rocco Fusco, one of the responding officers, told ABC News exclusively.

Video shows the 36-year-old woman and her 8-month-old child crossing the street Friday in Yonkers, New York, when a car speeds around the corner, loses control, hits multiple parked cars and slams into them. The car then barrels into a barbershop, dragging the mother and baby along.

Fusco and fellow Yonkers Police Department Officer Paul Samoyedy were grabbing breakfast at a bagel shop next door during the crash and immediately jumped into action. 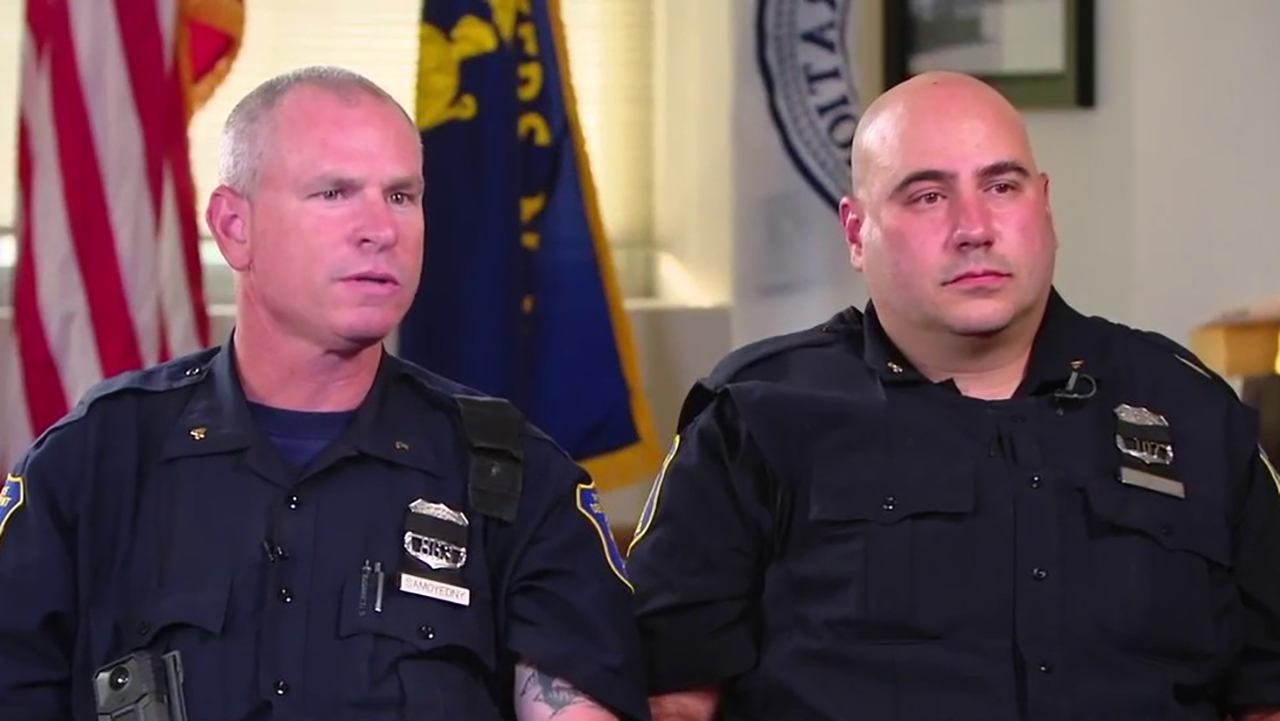 Hero police officers Rocco Fusco and Paul Samoyedny are credited for saving the lives of a baby and mother pinned underneath a car.

Body camera footage shows Fusco and bystanders as they lifted the car off of the pinned woman and child.

"Somebody's gotta pull the baby," a person is heard yelling in the video.

Samoyedy, a 15-year veteran of the force, is then seen pulling the 8-month-old from underneath the vehicle.

The mother suffered a compound fracture to one of her legs, and the baby has a fractured skull. Both are expected to recover.

Police said the driver was 43-year-old David Poncurack, who is unlicensed. He was arrested at the scene and charged with driving while intoxicated.