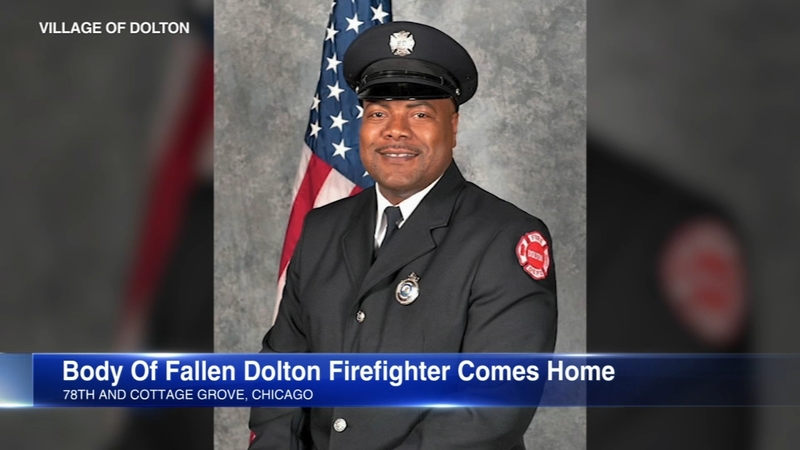 DOLTON, Ill. (WLS) -- The body of a Dolton firefighter who died while vacationing in the Dominican Republic has returned to the Chicago area.

A procession to escort the remains of Fire Engineer Robert Morgan, 50, from O'Hare Airport to the Leak Funeral Home in Country Club Hills was held Saturday night.

He was found dead in a Dominican hotel room Wednesday morning, according to Dolton Mayor Tiffany Henyard.

"Our hearts are heavy as our beloved Robert has made his transition. Robert was a tireless worker and one of the most genuine persons within our administration. His contributions not only to the upward mobility of the Dolton Fire Department, but to the Dolton community at large was second to none," said Mayor Henyard.

The United States Embassy in the Dominican Republic released Mr. Morgan's body Friday after an investigation concerning his death.