More than 150 people at O'Hare are trying to form a union. Dorothy Allaway, 59, said she was fired by Universal Security, which is subcontracted by the Chicago Department of Aviation, for trying to organize. Allaway said she received about $12 an hour while working on the airfield letting planes in and out.

"I've been out here for 8 years. I'm 55 years old. I haven't been to the doctor in four years. I'm looking for some paid vacation and some benefits," Allaway said.

"This is bigger than just O'Hare. We're standing in solidarity with airport workers across the country who are striking," SEIU Local 1 Vice President Genie Kastrup said.

Workers -- which includes more than 2,000 sub-contracted wheel chair attendants, cleaners and baggage handlers-- at 11of the busiest airports in the U.S. participated.

"We're tired of being treated like we don't matter. We do matter. Our work matters. We're here to tell O'Hare we're not gonna take it anymore," Doreen Chapman, Universal Security employee, said.

Universal Security had no comment on the protests and the Chicago Department of Aviation has not responded to calls. 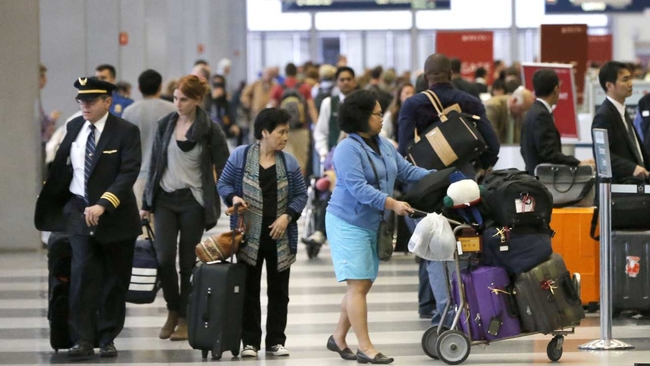