Mom, daughter say TikTok video was used in skincare ad without permission: 'We never heard of it' 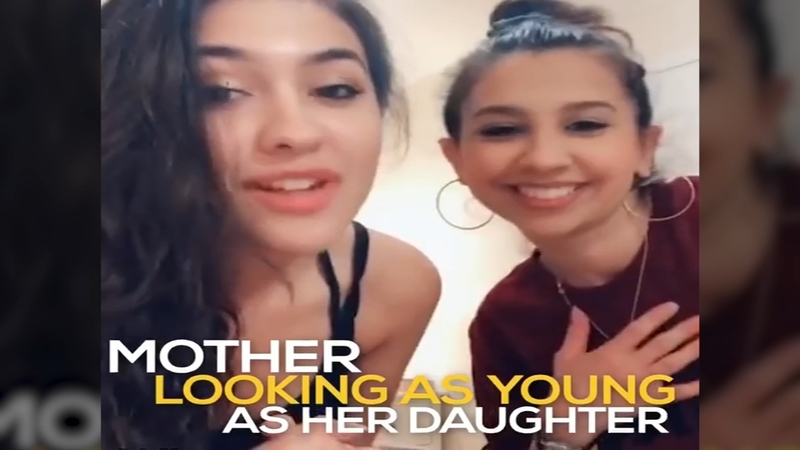 CHICAGO (WLS) -- A Chicago area mother and daughter are warning others after finding a video they posted to social media in an online endorsement for a skin care product they'd never heard of.

Like many teens during the pandemic, Kameryn said she turned to TikTok for some much-needed entertainment.

"She was looking through videos and there was the mom and daughter trends, so she's like, 'Oh, we got to do this,' so, it took us about an hour and we did it," her mother Holly said.

Holly obliged her daughter and made a video. People commented on how similar the two looked, and the video received more than 50,000 views on TikTok. Then, Holly said she made a disturbing discovery.

"A few friends of mine messaged me saying congratulations, that they'd seen this advertisement, so they tag me in it, and I was totally shocked that we see our face," Holly said.

That's when Holly found the video posted on Facebook showing she and her daughter in a moisturizer ad using the same video they shared on TikTok.

Holly said she and her daughter don't know who's behind the ad.

"We never heard of it, use it, saw it before," Kameryn added.

"There's over 200,000 views and then like I go on every day and I'm looking at the comments and some people are saying, 'Oh, I just bought it,'" Holly said. "So people are interested in it, and I feel bad because, you know, we don't know nothing about it and they're using my face."

The video includes a button that says "Get Offer." When clicked, it goes to a website with major celebrities endorsing the product.

"You have a company that may be engaging in some very shady business practices," Holly warned.

Attorney Nate Hole said he's represented clients, including big celebrities, who have been misrepresented in advertisements, their likenesses used to sell products.

"When you see something is being used by a company you've never heard of, that's very troubling to people," Hole said.

Hole said if your content is being used by a company without your permission, start by reporting the content to the platform on which the video was posted so that they can take it down.

You can also reach out to the page or company directly and inform them of their violation.

The women said they reached out to the page behind the video and didn't get a response. The ad is still up.

According to the Facebook profile where the ad was posted, Everson Flooring is behind the page. When ABC7 tried reaching the company for a comment, a woman hung up and didn't call back.

Holly said she and her daughter want others to be skeptical about what they see on social media, and specifically beware of this skin care product.

"You know, they should really look into the product and know what they're buying first to make sure it's legit and you know it," Holly said.