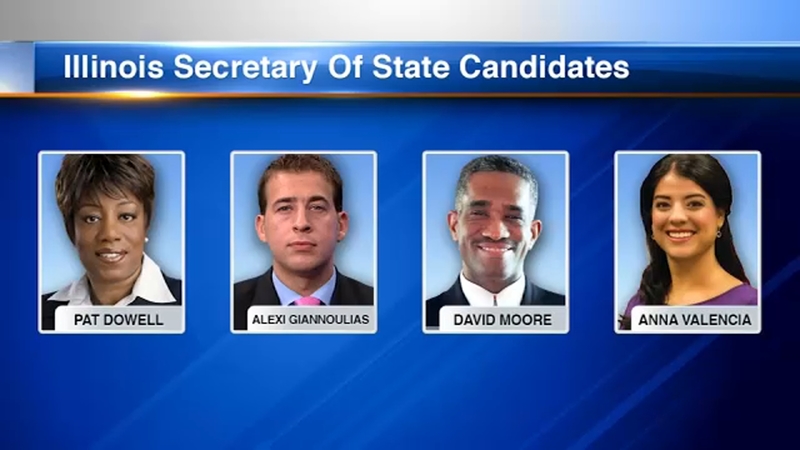 As they look ahead to the 2022 primary election, the four declared candidates for Secretary of State are making their pitch for support.

Current Secretary of State, Jesse White, said he plans to make an endorsement but not just yet.

When Jesse White announced he would not run for another term after 22 years, it opened the door for other candidates.

"I'm here, not for myself, but I'm here for the ticket and the Democratic Party of Illinois," he said.

Four candidates have now thrown their hats in the ring and at the morning's brunch, they all gathered on one stage to make their pitch for support, with modernization a reoccurring theme.

"A pandemic has shown us that government must adapt and invest in technology to support all Illinoisans," said Chicago City Clerk Anna Valencia. "We will create a mobile app that will allow you to make appointments, upload documents, take your vision test online."

"In the next few years, as we move through into a post-COVID era, we will help move people out of line to online," said Alderman Pat Dowell, 3rd Ward. "We will provide digital driver's licenses."

"I want to use my skills, not to increase fees, but find ways to create new revenues. Revenues like getting corporate advertising on license plates like they do in Texas," said Alderman David Moore, 17th Ward.

The appeal for support also included attacks on republicans.

"I'm running for Secretary of State to restore trust in our ability to make things better," said Alexi Giannoulias, Former State Treasurer. "We know what we need to do restore faith in government [and] put folks back to work."

For now, White is not ready to make an endorsement.

"I'm gonna make a decision sometime in the area of January. It's too early right now," he said. "I have a sneaking suspicion we'll have a few more people getting into that race."