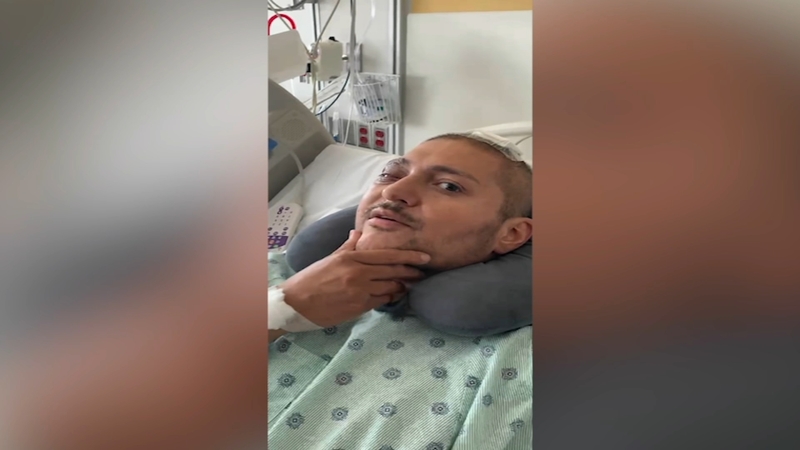 CHICAGO (WLS) -- The Chicago police officer who was seriously hurt in the shooting that killed his partner, Officer Ella French, is now out of the hospital.

Officer Carlos Yanez Jr. is continuing his recovery at a rehab facility.

Police Superintendent David Brown is asking everyone to keep Yanez and his family, and French's family, in thoughts and prayers.

While French was laid to rest last week, Yanez spoke from his hospital bed, thanking those who have supported him, made donations and prayed for him.

Yanez was critically hurt in the Aug. 7 shooting.

The two CPD officers were shot earlier this month when they pulled over 22-year-old Eric Morgan in West Englewood, Chicago police said. Morgan's brother, 21-year-old Emonte, and a woman were in the vehicle at the time, according to CPD.

As of last week, Yanez only had use of his left eye and right arm.

Just a week before the shooting, Yanez was dancing with his wife and son at his niece's quinceanera. His family said he has a big heart, wanting to help the kids he met on the job in Englewood.