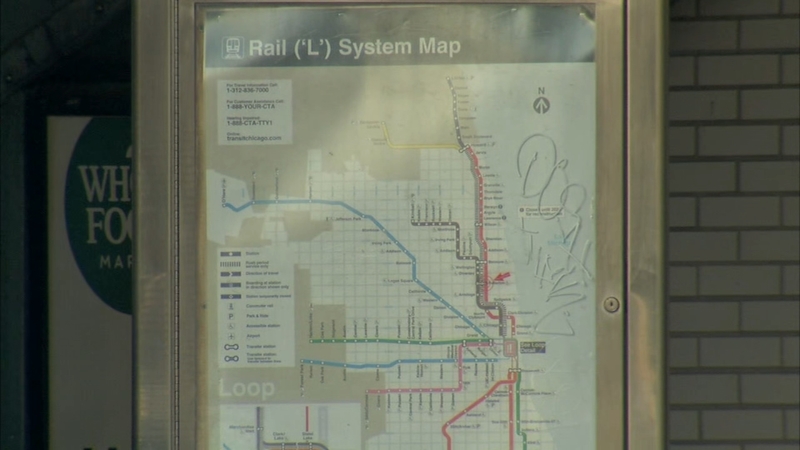 CHICAGO (WLS) -- A 50-year-old man was hit with an object that was possibly a hammer on the CTA Red Line near the Clark and Division stop in the Gold Coast early Tuesday morning, Chicago police said.

The victim was riding the Red Line when an unknown male suspect came up and hit him with an object that was possibly a hammer, Chicago police said.

Area Three detectives are speaking to a person of interest, police said.