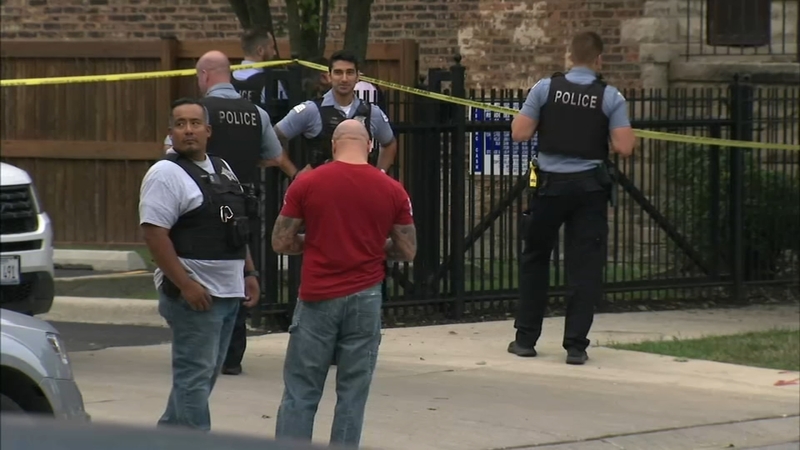 Police said was in front of a home when she was struck by gunfire from an unknown source. Fire officials earlier said they believed she was caught in crossfire as someone shot from a sidewalk.

"I was sitting in a vehicle, and I'm on the passenger side," said a man who was there, and who did not give his name. "The bullets came ringing through my vehicle. I was sitting right there, and it almost hit me in the head."
The man said the shots came from two cars driving down 61st Street near Wallace around 4:30 p.m., as children and seniors were gathered on the block.

"It was scary," said another witness, who asked not to be identified. "As they say, bullets have no name. So it could have been me, or the lady that was sitting out with me."

Witnesses said it was unclear if the people in the two cars were shooting at each other, or targeting someone on the street.

Police said at least one bullet struck the girl in the arm while she played on the sidewalk.

"It was coming from everywhere," the man said. "I ducked down, and when I ducked back up it was just like everything was happening so fast. And I just heard the little girl screaming and I was asking, was she hit?"

Police said a family member drove her to St. Bernard Hospital. She was then transferred to Stroger Hospital for treatment. Chicago police said she was initially reported to be in good condition.

"Just seeing a baby girl just minding her own business, just having fun and just get hit for no reason, it just needs to stop," the man said.