CENTER CITY -- A Pennsylvania State Trooper shot Tuesday on I-676 in Center City Philadelphia has been released from the hospital.

17-year-old Giovanni Cotto has been charged, as an adult, with Criminal Attempt to Murder of the 1st Degree, Aggravated Assault and related offenses.

The father of the 17-year-old suspect spoke to Action News.

Police said they would not be able to tell Action News if any the individuals in custody or on the loose have a criminal past.
Related topics:
pennsylvaniapolice officer shotu.s. & world
Copyright © 2021 WPVI-TV. All Rights Reserved.
RELATED 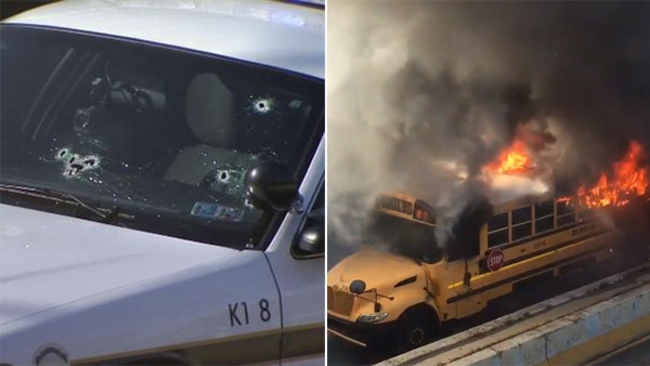