At least 280 children shot so far this year; 35 have died, according to Chicago police, ABC7 data
WLS
By Jessica D'Onofrio and Liz Nagy 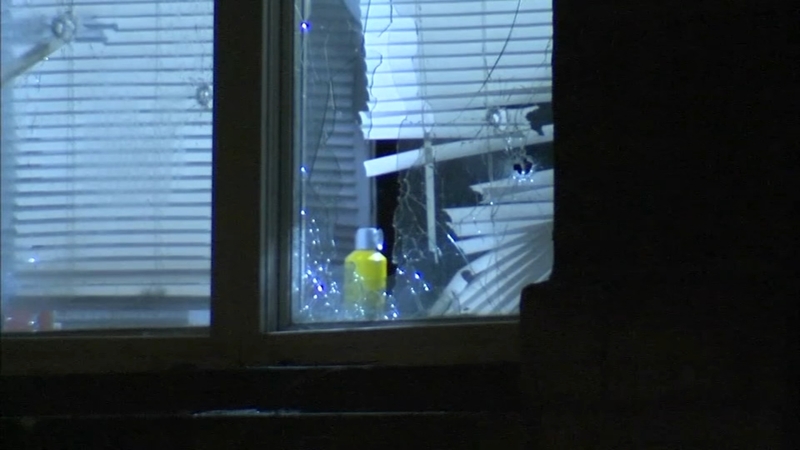 CHICAGO (WLS) -- It's shaping up to be a violent holiday weekend in Chicago, especially for children.

At least eight children have been injured, and a 4-year-old boy was killed in separate shootings across Chicago this weekend.

At least two of them were recovering at Comer Children's hospital Sunday morning.

Mychal Moultry is not so lucky. The 4-year-old was shot twice in the head Friday around 9 p.m. when bullets fired on the outside of his father's Woodlawn home in the 6500-block of South Ellis flew in through an open window, according to police.

His mother said they were in Chicago to visit his father for the holiday weekend.

"He was hysterical as well," said neighbor Sonya Blan. "He disappeared so fast like, he left when his son left to the hospital. He left with his kid."

Chicago Police Superintendent David Brown said during a press conference Monday morning that Moultry was having his hair braided when he was shot.

Although police have been investigating the shooting, they asked the public for tips.

As community activists called for people to turn the gunman in, doctors were working around the clock to try and save the young, innocent victim.

The child's parents were by his side, but the toddler did not make it.

The little boy was taken to Comer Children's hospital, where he later died, according to police.

"He is 4-years-old. 4-years-old," said crisis responder Andrew Holmes. "It is hard enough with this mom and dad sitting in the hospital watching this little fella with tubes all down his body. He is trying to breathe."

There is a $9,000 reward now being offered for anyone who provides information that leads to an arrest in the boy's death.

"We are sick of it -- staking this hospital out, all these kids getting shot," said another activist.

Brown explained Monday why he thinks so many children are getting hurt.

"It's always some other offender, gang member, criminal network, some beef, and they're targeting some adult, and young people are nearby and they are shot as innocent bystanders," he said.

The police superintendent urged people to protect their children, and asked those who knew they might be targeted to stay away from the innocent.

"This is about the safety of our babies," he said.

CPD Supt. Brown spoke Monday after 7 kids were shot and 1 killed over the weekend.

Chicago police said a 15-year-old was shot in the thigh about 10:25 p.m. Saturday in the 7000-block of South Sangamon Street.

They said he was doing OK in the hospital Sunday.

The victim told police he was walking outside when a person was holding a gun while driving by in a white Honda.

Shortly after, the teen was hit by a bullet.

The other child at Comer Children's is a 13-year-old boy who was shot in the head about 8 p.m. Saturday.

Chicago police said the child was in the basement of a home near 85th Street and Marquette Avenue when someone shot him through the basement window.

There were also two more shootings involving teens Sunday morning, near East 55th Street and another on South Trumbull Avenue.

Those shootings left a 14-year-old, a 17-year-old and an 18-year-old all recovering in the hospital with gunshot wounds.

Police said all three of those victims are doing OK.

A pair of siblings, 12- and 15-years-old, were also among those injured after the brother and sister were shot while attending a back-to-school event in East Garfield Park Saturday afternoon.

A drive-by shooter opened fire on those present. Luckily for them, their injuries were minor, and they are now back home.

Police said Monday a vehicle connected to the incident was recovered.

No one is in custody in connection with the shootings.

A group brought church out onto the streets Sunday in the city's Austin neighborhood, as they continued a three-day fast and prayer vigil.

They are camping in the parking lot of what used to be Emmett Elementary School, calling for peace at a time when so many children are becoming victims of gun violence in the city.

"You can't build community on the backs of politicians, on the backs of policemen. We're going to have to come together and be good neighbors with each other," said Pastor Jacqueline Reed with Every Block A Village Christian Fellowship Church. "We are grandmas. We remember when we had real communities, when kids could come out and play in the parks. You do not see that now."

The group believes they're already making a difference, as they engage those in the neighborhood -- even during the overnight hours.

This is not the first time they have come out like this. They were also there July Fourth weekend, as well, camping, fasting and praying. They are calling for the now-defunct school to be repurposed as a safe place for children.

"It is personal for me. Aug. 16, 2016, my son was was murdered. Actually not too far from here," said Jackie Guider, who lost her son to gun violence. "It hits me in my heart. But I'm not out here for my son. My son is gone. I'm out here for the other sons and the other mothers' sons and grandsons. That's why I'm here."

Their gathering will end Monday, with a rally at noon at Madison Street and Central Avenue.