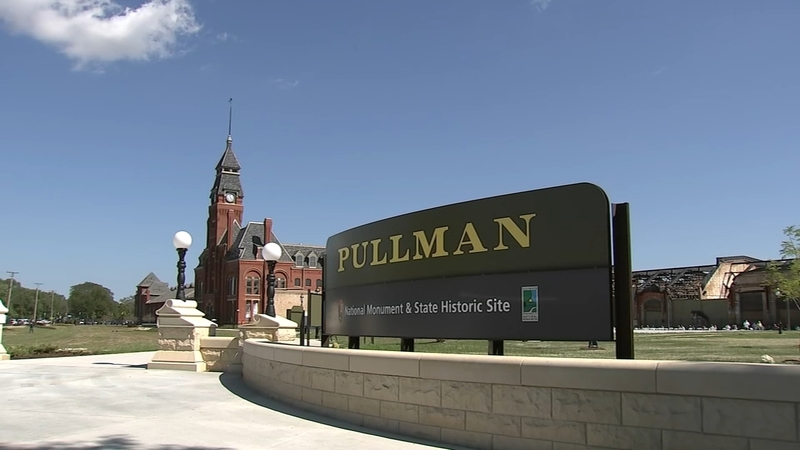 In 1894, there was an economic downturn across Pullman, forcing the factory to reduce wages. That led to a 45 day strike at a place that was essential to the community.

Pullman porters and other workers went on strike in the late 1800s after their wages were reduced. That strike led to new rights for workers and the creation of the national Labor Day holiday.

"When you walk through Pullman, you feel like you are transformed back to the 1880s, "said Joseph Szabo, president of the Historic Pullman Foundation. "Labor history just exudes out of this place."

For brothers Alfonzo and Ray Quiroz, the Pullman clocktower and surrounding grounds represent so much more.

"I applied for a job here in 1959, the building is still here and so am I," said Alfonsa, a former Pullman employee.

Now 85 and 84 years old, the Quiroz brothers were born and raised in the Pullman neighborhood. Naturally, they went to work for the Pullman Railcar factory. Both worked on the last rail car before the company closed in 1982.

"It was a double decker and sleeper. The car was beautiful, Ray said.

While rail cars were beautiful, it was the workers who made them that represent this national site.

"We all know the story -- owner George Pullman cut wages while maintaining high rents in company town, squeezing workers until they could take no more," said Bob Reiter, with the Chicago Federation of Labor.

Factory workers walked off the job in 1894. Their fight led to the national recognition of Labor Day.

You can experience history and see the famous rail cars at the Pullman National Monument in Chicago.

After the company closed, the clocktower sat idle until a fire destroyed it over 20 years ago.

"That fire mobilized and organized this community more than you ever know," said Alderman Anthony Beale, 9th Ward.

The mobilization led to this day, the official opening of the national monument.

"It's a long overdue recognition of Pullman," Alfonso said.

Inside the building is a visitor center where some of the Quiroz brothers' own rail car mementos are on display.

"I have a bunch of aprons and keys left over," one of the brothers said.

Organizers and public officials point out the national monument is just the beginning. Ald. Beale said it will take $90 million to finish other proposed projects to make Pullman a major Chicago tourist destination.