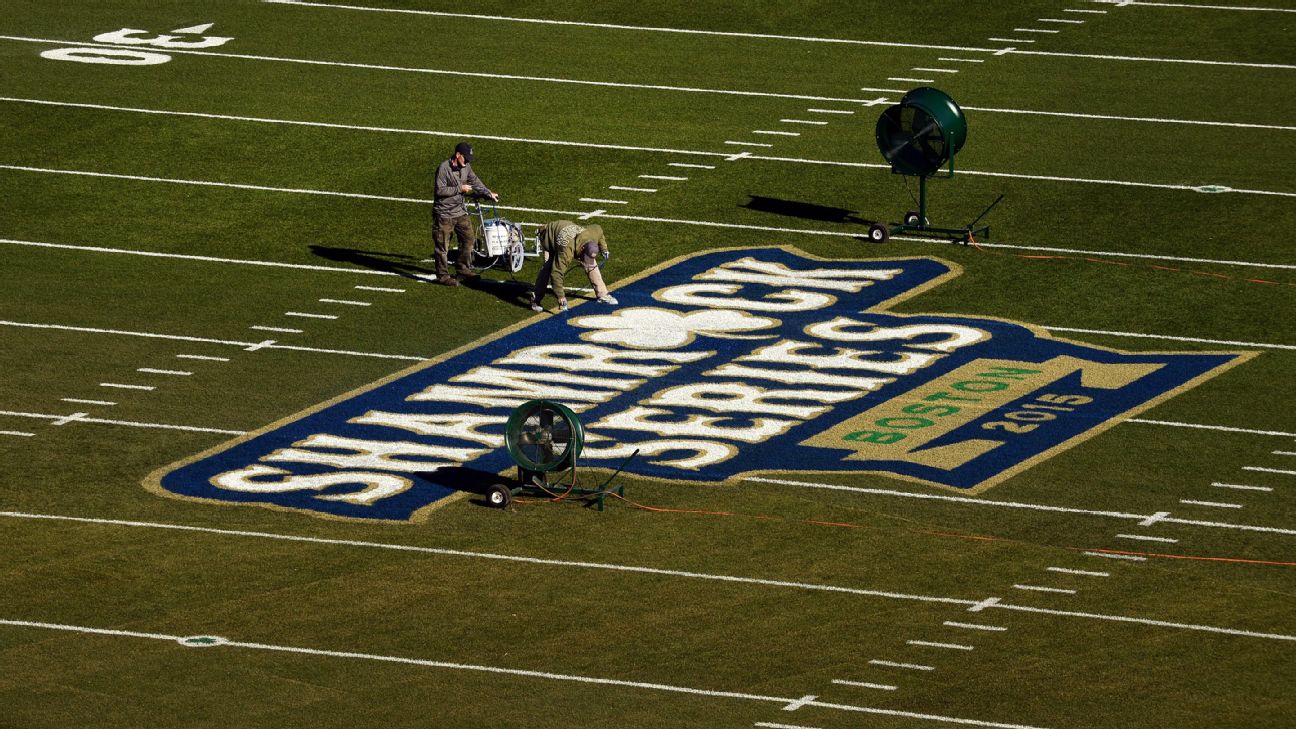 Notre Dame and BYU have agreed to play in the 2022 Shamrock Series, which will take place in Las Vegas at Allegiant Stadium, the schools announced jointly on Tuesday.

The game will be played on Saturday, Oct. 8 and will be televised nationally on NBC.


"We are really excited about the opportunity to return to Allegiant Stadium and face Notre Dame," BYU athletic director Tom Holmoe said in a prepared statement. "This has been a process, with a lot of back-and-forth, to be able to find a return game in this series that would work for both sides. We feel very good about playing this game in Las Vegas, where Cougar Nation always shows out, and look forward to an incredible matchup and atmosphere."

It will be the ninth game in the Notre Dame-BYU series and the first played at a neutral site since the series began in 1992. Notre Dame is 6-2 against the Cougars, and has won the past three games, all in South Bend, including the most recent game in 2013. BYU last defeated the Irish in Provo with a 20-17 victory in 2004.


BYU and Notre Dame will participate in the 11th Shamrock Series game, which began in 2009 and will be played in its eighth different venue. The Irish are 10-0 in the series, including Saturday's 41-13 win against Wisconsin at Soldier Field.