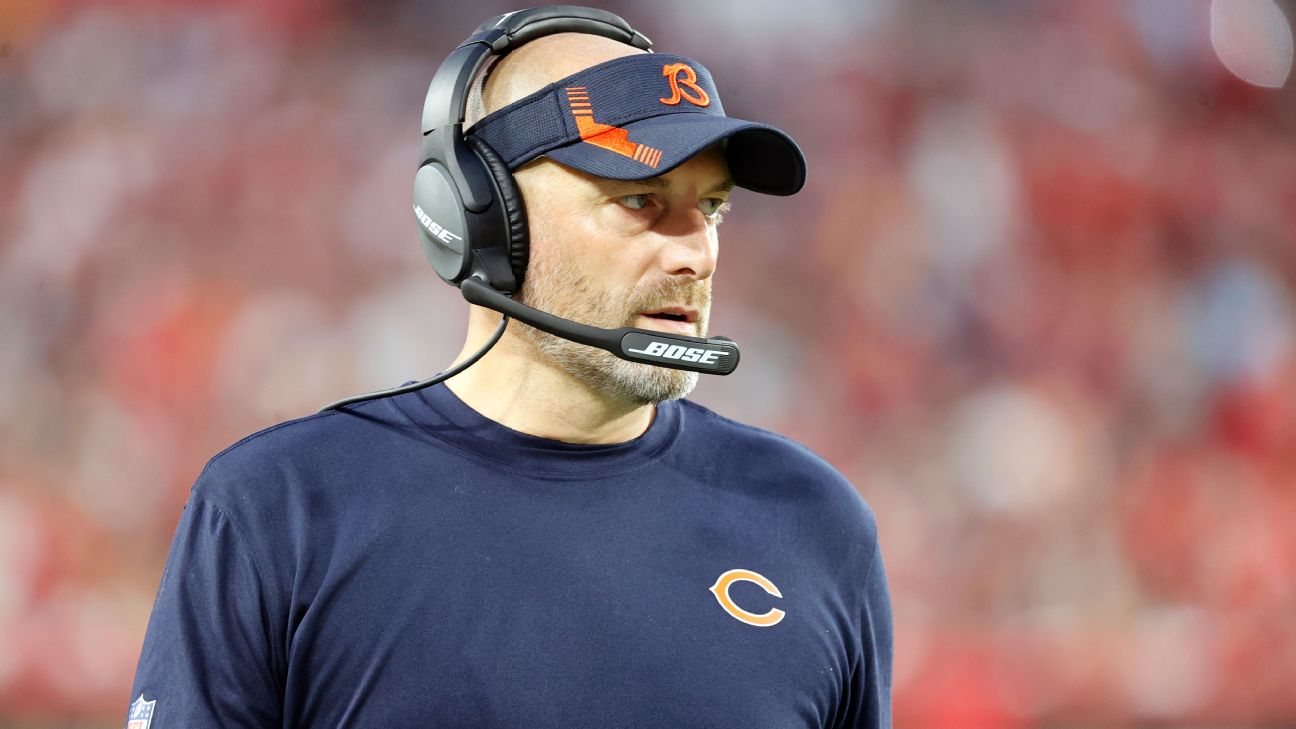 Chicago Bears coach Matt Nagy denied a report that he had been informed he would be fired after Thursday's game against the Detroit Lions, saying he has not spoken to the team's leadership about his job status.

"That is not accurate," Nagy said Tuesday afternoon during a 10-minute meeting with reporters focused largely on a Patch.com report that quoted a "top source."


Nagy said he has not spoken to owner George McCaskey, team president Ted Phillips or general manager Ryan Pace this week. The group has regularly scheduled meetings, Nagy said, but skipped it this week because of an already-short week of game preparations.

The Bears (3-7) have lost five consecutive games and are reverting to quarterback Andy Dalton this week because of a rib injury suffered by rookie Justin Fields on Sunday against the Baltimore Ravens. Nagy said that Fields would return to the starting role once he is healthy enough to do so.

It would be highly unusual for an NFL team to inform a coach of his imminent firing but still allow him to coach the next game. But whether Nagy will be fired later this season, or after its completion, is another question -- one that he declined to address Tuesday.


When asked whether he had received assurances that he would keep his job moving forward, Nagy said: "My focus is on these players and Detroit, and that's it. That's my job as a head coach and a leader, is to do that. These players have been amazing. They've been great. You have this quick turnaround after a loss like [Sunday's to the Ravens], and now here you go. The only thing we can do is focus on the now and do everything we can. Thursday is going to be here quickly."

The Bears did not immediately make McCaskey, Phillips or Pace available to address the report. Asked whether he would have preferred to hear a public denial from one of them, Nagy said: "We all have our own decisions as to how we do things, and I think this whole entire time, for me and for ownership, we've had great communication. Again, it's focused on Detroit. That's what it is." 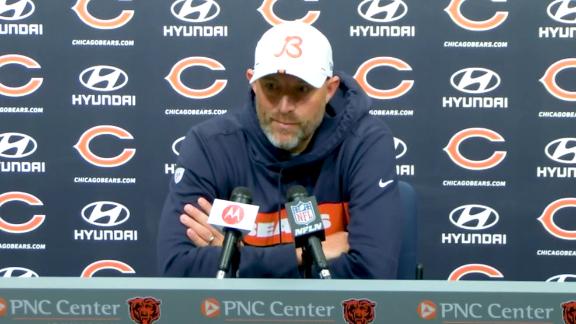