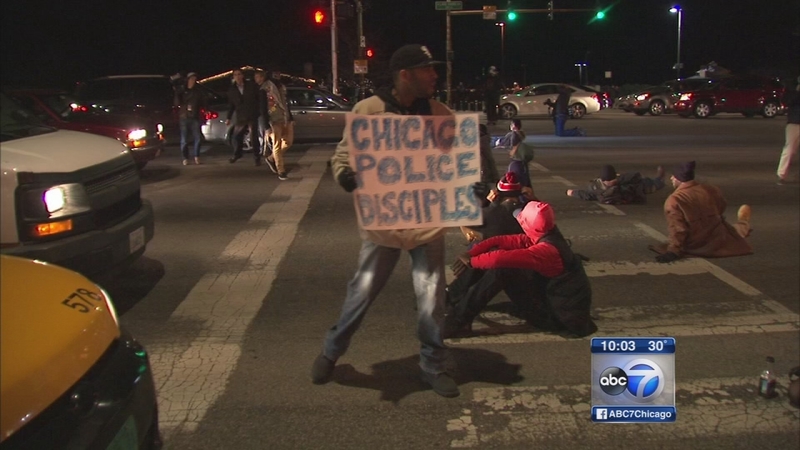 CHICAGO (WLS) -- Protesters are planning to make travel around Midway Airport a challenge Friday morning - just one of the several demonstrations planned on the day that the Chicago police officer who shot Laquan McDonald is slated to appear in court.

The protest will also coincide with what is expected to be a busy travel day, just a week before Christmas.

A second protest is expected outside the Cook County Criminal Courthouse, where Officer Jason Van Dyke is scheduled to appear around noon for a preliminary hearing. A third is planned for the Loop, beginning at Daley Plaza at 3:16 p.m. to mark the 16 shots that Van Dyke is accused of firing at McDonald.

The morning target is Midway Airport. Activists plan to unite and march to Midway at 10 a.m. Chicago police confirmed that they are aware of the planned Midway protest and said they will be "intolerant" of activity that undermines public safety or airport operations.

"We know that only boycotting works," said Willie JR Fleming, of the Chicago Anti-Eviction Campaign. "Whether it's voluntary or involuntary. And so it's a form of boycott, we want to create an inconvenience for people. We want there to be some economic repercussions."

"Let people know what we come in peace," said Richard Wallace, a community activist. "We ain't coming like a brigade or an army. We're coming in peace and we demand justice."

These protests come after the U.S. Department of Justice officials finished two days of meetings with Chicago police and Mayor Emanuel.