Relive the 10 most inspiring stories of 2015 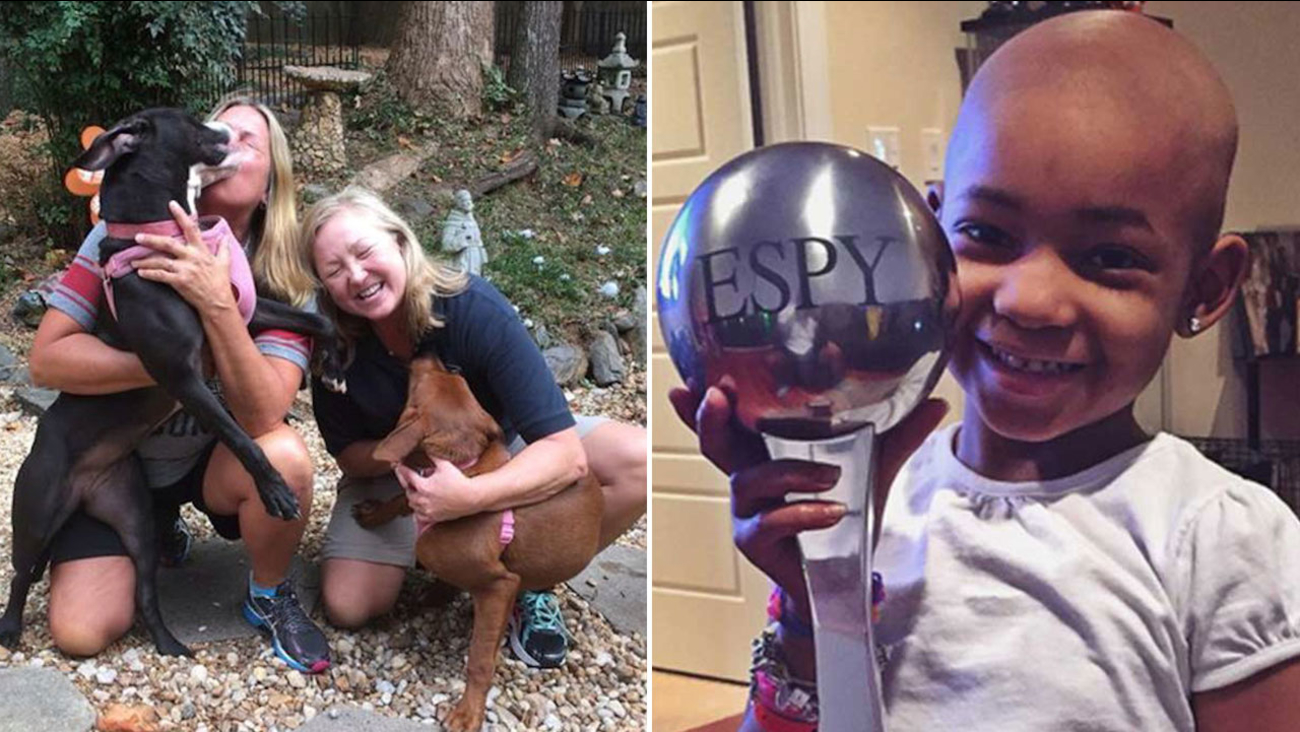 From sweet acts of kindness to moments of triumph after tragedy, everyone loves a reminder of what makes humanity great. This year had no shortage of reasons to smile, cry happy tears and pledge to make the world a better place.

Sgt. Erica Hay of the Ocala Police Department seen sharing a meal with a homeless man.

A police officer in Florida, Sgt. Erica Hay, saw a homeless man sitting by himself one July morning and decided to buy the man breakfast and sit down to talk with him. When a passerby posted a photo of the moment to Facebook, Hay was praised for her compassion and kind heart.

Phillippe Morgese has started a workshop to teach dads how to style their daughter's hair. (Daddy Daughter Hair Factory/Facebook)

Styling little girls' hair is a task traditionally reserved only for mothers, but one single dad is proving that all parents can help out. Philippe Morgese started a workshop to teach other dads basic hair tricks and tips. "It's not even about the hair, it's about the bond," he says.

8. SeeSee, the oldest working nurse in the U.S., still helping others at age 90

Florence "SeeSee" Rigney started working as a nurse in 1946. This year she turned 90, and when the hospital threw her a celebration, her enthusiastic reaction warmed our hearts.

7. Women with cystic fibrosis fearlessly pose to raise awareness of their disease

A photographer with cystic fibrosis decided to raise awareness about the debilitating disease while inspiring women to take pride in their bodies. In his series, "Salty Girls," women proudly posed in bikinis in a way that didn't hide the disease's effects on their bodies.

6. High schoolers serve as pallbearers for veterans without loved ones

Six high school students served as pallbearers during funerals for homeless veterans who had not been claimed by a loved one.

High school students in Detroit are ensuring that homeless veterans receive a proper burial by serving an important role in their funerals. Reflecting on the experience of being pallbearers, many of the teens said it was more poignant than they expected, and they were glad they did it. "Being their pallbearer was just a little something that I could do to repay them for what they did for all of us," one student said.

5. Women with Down syndrome take the modeling world by storm

Madeline Stewart, an 18-year-old from Australia, became an Internet sensation when she decided to start modeling to raise awareness that others with Down syndrome can look and feel beautiful. Maddie got so popular she was invited to New York Fashion Week, and she wasn't the only one. Earlier in the year, actress Jamie Brewer was the first model with Down syndrome to make her way down Fashion Week's catwalk.

Seth Lane was born without an immune system, a condition known as "bubble boy disease." He underwent several operations this year, including a risky bone marrow transplant. Seth's family started a campaign to keep his spirits up, asking people to "Wear Yellow for Seth" and post photos so he could see. Countless people around the world joined in, and Seth's positive attitude finally paid off: The latest updates on the family's blog describe how Seth, who has gone back to school, is thriving.

ebekah Gregory was standing at the finish line of the Boston Marathon in 2013 when the first bomb went off. Though she survived, her left leg was eventually amputated. Two years later, Gregory was at that same finish line -- this time having completed the race. She wrote for ESPN, "This is my way of showing everyone that they didn't destroy me, and I've come back stronger because of it."

Kala and Keira, rescue dogs and best friends, went viral for a photo in which they appeared to be hugging (left). They just found a forever home in two human best friends (right).

Shelter dogs Kala and Keira first went viral in July when a photo of the pair hugging was posted to Facebook with a plea to help them get adopted. After the search for the perfect forever home, they found it in October with Wendy and Pam who, just like the dogs, are best friends.

Though she was unable to attend the ESPYS to accept her Jimmy V Perseverance Award, Leah Still was all smiles when she was united with her trophy.

To say that Leah Still is no ordinary 5-year-old would be an understatement. Since being diagnosed with cancer in 2014, the daughter of former Cincinnati Bengals player Devon Still has gone through numerous treatments including surgery and chemotherapy. In July, she accepted the Jimmy V Perseverance Award through a video message as she rested at home. Her latest scans in early December showed that the famously optimistic youngster currently has no signs of cancer.
Related topics:
societyphotoselderly womanhigh schoolboston marathonveteranscancerdown syndromehair stylingillnessact of kindnessadoptionpolicedogschildren's healthparentingchildrenbeautyholidayrunninghomelessfashionespy awardsnurseshobbiespet adoption
Copyright © 2021 WLS-TV. All Rights Reserved.
HOLIDAY Four ways to use those leftover Easter eggs 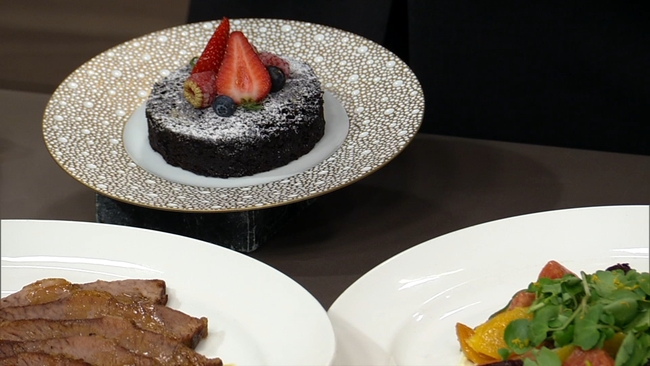