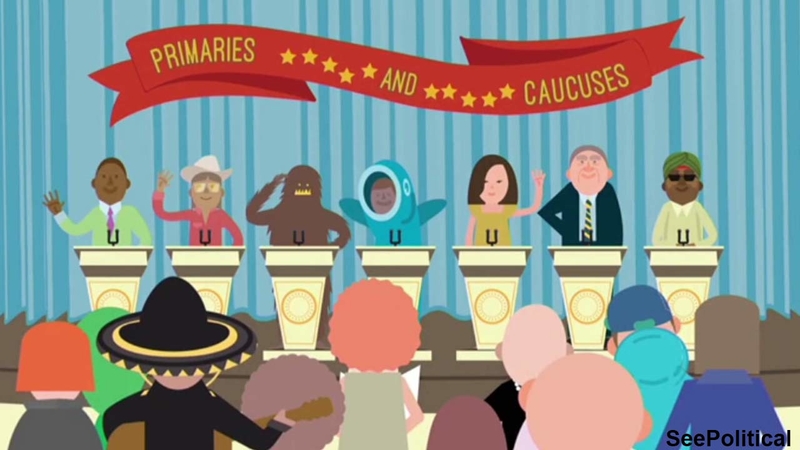 LOS ANGELES -- As you probably know, there's a presidential election coming up. Check out this simple refresher to get up to speed about primaries and caucuses.

The first round of elections, also known as primaries and caucuses, start on Feb. 1.

Do you know how we choose our president? It starts with primaries and caucuses.


Presidential elections roll around every four years. Primaries and caucuses are the first round. Whoever wins moves on to represent their political party in the next round, also known as the general election.

Most states hold primaries. If you live in one of those states, you'll go to a designated polling place and anonymously cast your vote. In some states, you can vote for any candidate, while in other states, you can only for a candidate in your political party.

States that do not hold primaries hold caucuses, which are like public debates, where delegates representing the presidential candidates all gather at a certain place and time and try to win the majority of the crowd.

Caucus votes are either counted by secret ballot or by having people taking physical sides in a room.

Primaries and caucuses take place over the span of a few months.

You can learn more about the election process by visiting http://seepolitical.com/props#/about_us.