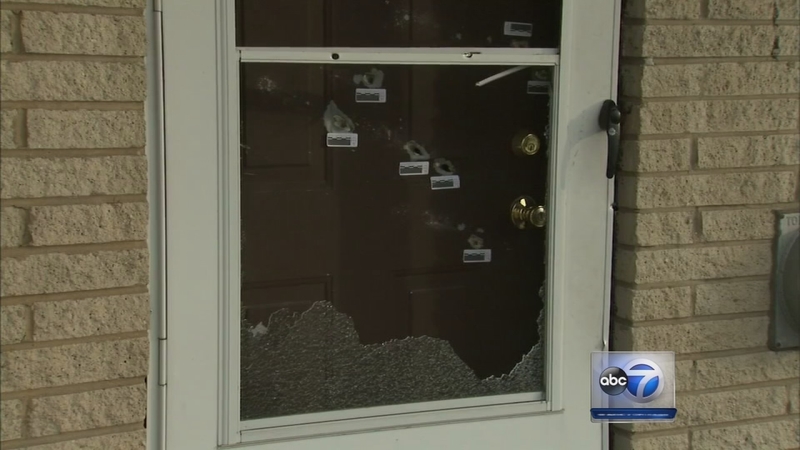 According to police, the shooting occurred around 10:30 p.m. at an apartment complex in the 14600-block of Halsted Avenue.

Roberta Rodgers, 22, was shot in the leg and taken to Laura Ingalls Memorial Hospital. Her sister says Rodgers is doing okay, and is expected to recover. Her friend, a 16-year-old girl who police have not yet identified, was shot in the head and taken to Christ Hospital in Oak Lawn in critical condition.

"The other victim is fighting for her life at Christ Hospital," said Howard.

Police say both victims were shot in an apartment and that it appears the shooter may have been inside the residence with them. Police say the shooter then left and began shooting into the apartment.

"There was some suspicious activity in that particular apartment just prior to the gunshots ringing out, where these two particular young females came in contact with a gentleman. This gentleman left the apartment and minutes later seven to eight rounds of bullets came into the apartment," says Harvey Police Spokesman Sean Howard.

Neighbors who heard the gunshots said they did hear fighting beforehand.

A brief manhunt was launched when Harvey police arrived at the scene of the shooting, but did not find the shooter, who remains at large. Police say they have a person of interest in custody.

Police say it's possible the women had contact with the shooter in the minutes before he opened fire, and they hope Rodgers will be able to provide information to lead them to the suspect.

If you have any information about this shooting or the suspect, contact Harvey police.