WLS
By John Garcia and Laura Thoren
CHICAGO (WLS) -- Police are questioning a man who turned himself in after a deadly shooting at a gym in a high-rise in Chicago's Fulton River District.

Police said the man, a person of interest in the shooting, surrendered himself at police headquarters around 3:30 a.m. Thursday and that charges are pending.

Police said around 7 p.m. Wednesday, 45-year-old Darrin Joss was fatally shot in the head in a packed workout room on the eighth floor of a residential high-rise in the 500-block of West Kinzie Street. Witnesses said Joss was on a treadmill when a man in a wheelchair opened fire.

Security cameras in the gym captured the incident, which police were reviewing in the building's lobby when the suspect turned himself in. The workout room remains closed to residents.

One resident says building management waited five hours to notify residents by email that a shooting had occurred, never mentioning a suspect was still at large.

"If they knocked on your door, you would've probably let them in and you would have been in danger at that point," says Connor Lanman. "You'd have been putting yourself at risk without even knowing it."

ABC7 left a message for the management company tonight but did not hear back. In a follow-up email to residents, the company says security in the building has been enhanced.

Joss lived in the building with his girlfriend for the last several years, and also maintained a unit there for his day trading business. Joss's friends say he was a friend to many and generous to a fault.

"I was crushed," said Maurice Garvey. "I think anybody who really knew Darrin, he was such a friend that you couldn't feel anything besides heartbroken."

Investigators have not released a motive.

Witnesses said the two men got into an argument before shots were fired. They said both men lived in the building and the man in the wheelchair frequented the gym. The argument apparently revolved around the suspect flirting with Joss's girlfriend; friends say it had been going on for months.

"They overheard a man kind of getting mad at another man for flirting with his girlfriend, and the man proceeded to go onto the treadmill and they heard shots," said Gina Gerrero.

Patrick Durr, who lives in the building, said there may have been warning signs.

"I've never had an issue with the guy. I know he's been involved in some conflicts with people in the building. To hear this is kind of disappointing," Durr said.

One resident said Joss was a former football player, who also frequented the gym.

The suspect's mother, who lives in Dolton, says her 48-year-old son has been in a wheelchair since being shot in a drive-by 30 years ago. She says he has lived in the high rise building for the last 10 years. Neighbors say they never suspected anything unusual.

Curtis Tate lives on the same floor as the suspected shooter and says he was known to get into spats with neighbors.

"He's always been a pretty quiet, polite guy, I would have never thought anything different. I especially didn't take him to be the violent type so it was definitely a surprise to hear about the shooting last night," Tate said. 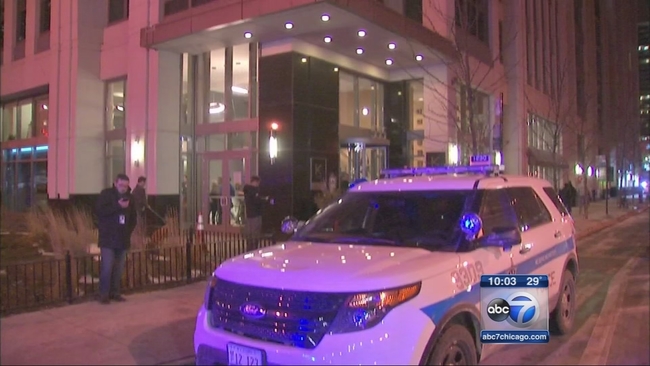