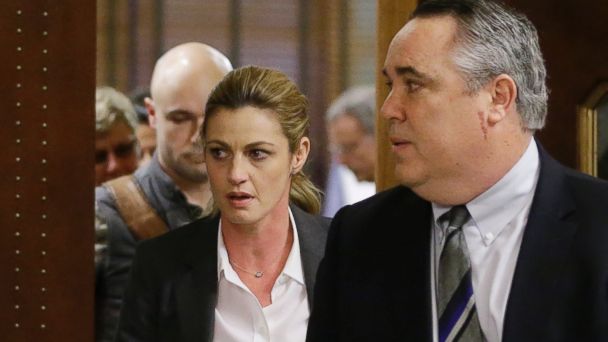 The jury has awarded Erin Andrews $55 million in her civil lawsuit over the secret recording and release of a video showing her naked during a hotel stay.

The sportscaster's original suit asked for $75 million from the owner and operator of the Nashville, Tennessee, hotel where she was staying, and Michael David Barrett, the stalker who used a hacksaw to tamper with her room's peephole and record the video in 2008.

The jurors took photos with Andrews after the amount was announced, and she signed autographs, according to reports from inside the courtroom.

West End Hotel Partners has said Barrett's criminal actions were his responsibility, not theirs. Barrett was convicted in criminal court of stalking Andrews and sentenced to two and a half years in prison.

Defense attorney Marc Dedman, who represented the hotel, said that they are "disappointed" with the jury's decision. He has not yet spoken to his clients about whether or not they will appeal the decision.

Andrews, 37, testified last week over the course of two days during the trial and broke down in tears at several points in talking about the effect the 2009 release of the video online has had on her personal life.

The closing arguments for both sides ended Friday and the jurors were sent into deliberations after arriving in court this morning.