The announcement prompted reactions from politicians and notable figures but also from institutions like Harvard, Garland's alma mater.

Republicans have said the appointment should be left to whoever is elected as Obama's successor. Notably, Senate Majority Leader Mitch McConnell, who had previously stated he would refuse to hold a hearing should the president make a nomination, reiterated those sentiments Wednesday.

Democrats, on the other hand, said that Senate Republicans were consulted before the nomination was made. They are using the hashtag #DoYourJob in a call for an approval hearing to be held by the Senate Judiciary Committee.

Here are highlights of what's being said about the nomination on both sides of the aisle.

Merrick Garland is exactly the type of #SCOTUS nominee you get when you make deals in Washington D.C. https://t.co/Y8xrwMKpFx

Lame duck POTUS is doing us a disservice w/ attempt to tip balance of #SCOTUS in the 11th hr https://t.co/C4BhigPfES pic.twitter.com/QDWz6o1ql4

Americans deserve a voice in the next #SCOTUS nominee. pic.twitter.com/KZ6iUTszUf

I remain firm in my decision to exercise my Constitutional authority & withhold consent for @POTUS’ #SCOTUS nominee. https://t.co/TlVuSWOAtd

While I will evaluate the nomination of Judge Merrick Garland, the next president should be the one to fill the vacancy on the Supreme Court

Merrick Garland is an outstanding choice for SCOTUS. A protector of civil rights and individual liberties. He MUST get a vote. #Doyourjob!

The President kept his word. Chief Judge Garland's credentials are unquestionable. Independent mind and mastery of the law. #SCOTUSnominee

.@POTUS' #SCOTUSnominee, Judge Merrick Garland, is a respected jurist who must be given a fair hearing & timely vote https://t.co/9rx9weGljA

.@POTUS consulted with #Senate Republicans and Democrats before making #SCOTUS nom, now it is time for Senate to #DoYourJob 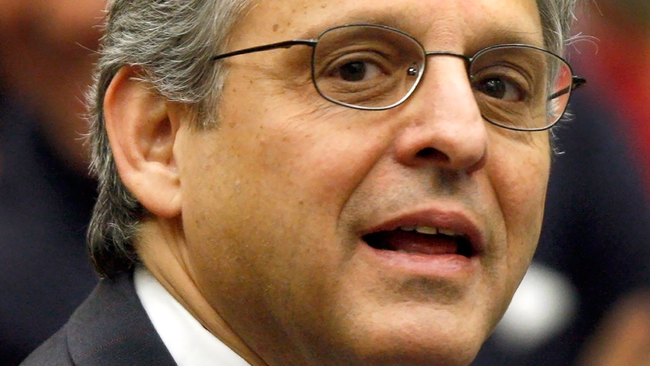