1 dead in traffic crash in North Aurora near Mooseheart School 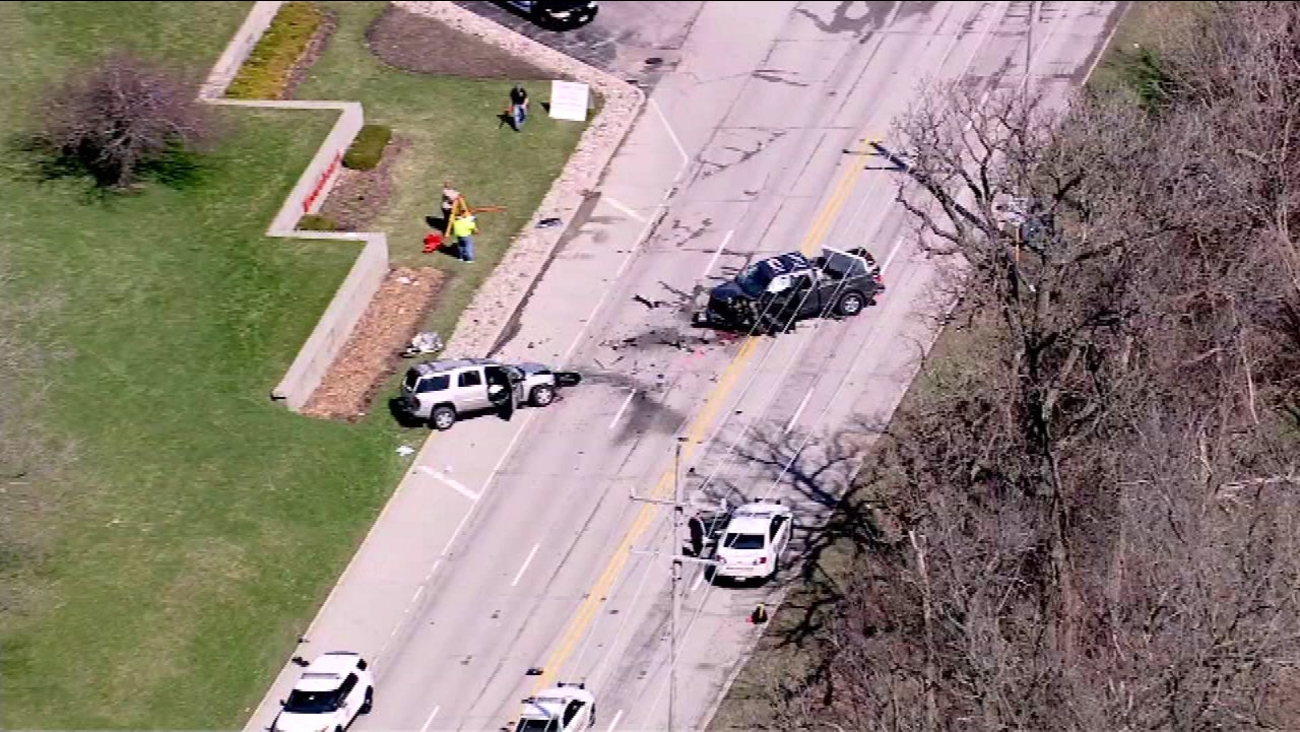 NORTH AURORA, Ill. (WLS) -- A man was killed and another was injured in a crash Tuesday morning near Mooseheart School in the western suburbs.

The two-vehicle crash occurred near the entrance of Mooseheart School near the intersection of Route 31 and Mooseheart Road at 10:15 a.m. in unincorporated Batavia Township, according to the Kane County sheriff's office and the Batavia Fire Department.

Jose Quitl, 21, was driving a 2005 Chevrolet Trailblazer while traveling on north Route 31 and for an unknown reason crossed into the southbound lane of traffic, striking a 2010 Ford pickup truck head-on, the sheriff's office said.

Quitl, of Aurora, was pronounced dead at the scene.

The driver of the pickup truck, a 24-year-old Maple Park man, was transported to Delnor Community Hospital in Geneva and is being treated for non-life threatening injuries, the sheriff's office said.

Route 31 was closed for about three hours after the crash, but reopened about 1:15 p.m., according to the sheriff's office. No tickets have been issued.

Detectives have not yet determined if drugs, alcohol, texting or excessive speed played a role in the crash. The sheriff's office is continuing to investigate.