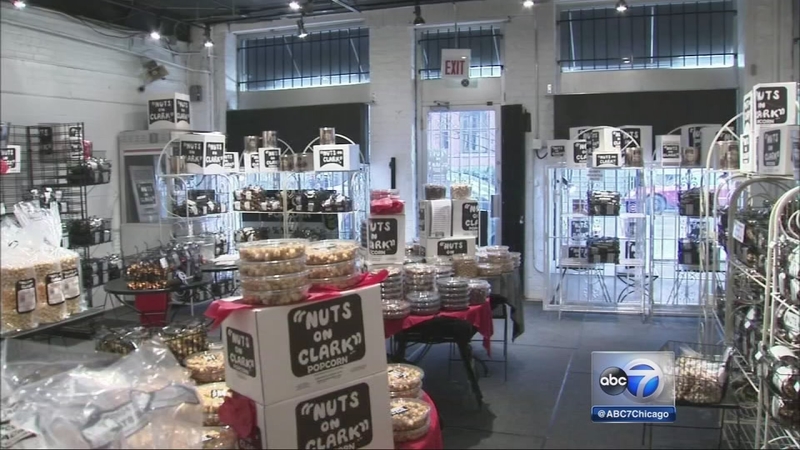 CHICAGO (WLS) -- A popular shop in Chicago's Wrigleyville neighborhood was burglarized overnight for the second time in the last eight days.

Police were notified of a break-in at the Nuts on Clark in the 3800-block of North Clark Street around 1:15 a.m. Wednesday. A cash register and a laptop were stolen.

Investigators gathered evidence overnight. Police cars were parked outside the store for hours. No one is in custody.

The neighborhood watch site "Crime in Wrigleyville" said on March 29, a register and $900 in cash were taken from the same store.

Police found out about that burglary after a woman called to say she found the register lying in an alley near Clark and Byron.

It is unclear whether those burglaries are related.

Estelle Kenney, who owns the flagship store, said in each incident, the thief - or thieves - got in by cutting around a vent and removing it from the back wall.

"They threw the whole venting system on the floor," Kenney said. She's still tallying the total cost of the damage.

Kenney had metal bars put on the front windows years ago to deter burglars. She also had a security system installed after the last incident, hoping it would prevent another break-in. She's frustrated because it didn't work.