LaRoche left the team after he was told to stop bringing his son to work so much. The story got national attention and reignited the debate over family and work.

This is the first time LaRoche has spoken publicly about his controversial decision since he announced to his teammates last month he was leaving the team. In the process, he walked away from a guaranteed $13 million contract.

"Looking back now, obviously I had no idea it was going to reach the amount of people it did," LaRoche said.

LaRoche told Good Morning America he has no regrets about his sudden retirement from the White Sox last month.

The tipping point for LaRoche was when the White Sox apparently asked him to scale back bringing his teenage son, Drake, to work with him. Drake was a fixture around the Sox clubhouse during the season last year. LaRoche instantly became a symbol for some as a committed father, and for others, as a spoiled athlete.

So far this season, the Sox are in first place, and many fans don't miss him.

"I'm over it by far. So, the team is looking good this year," Sox fan Zach Stadtler said.

"I thought it was childish that he kind of walked away from a career," Sox fan Heather Back said.

His former team has moved on. White Sox General Manager Rick Hahn said: "At this point I don't think there's really any benefit to rehashing old stories. We've made a point of saying we've turned the page as an organization. The clubhouse has made it clear they turned the page both with their words as well as how they have performed on the field."

LaRoche tells GMA, however, his son was only part of the reason he quit. Right after last season, he spent several weeks in Southeast Asia undercover for an organization called The Exodus Road, identifying underage girls being used as sex slaves. He calls it a life-changing experience that changed his priorities, but his son was always his top priority.

"I took my time trying to get a read on him and talking with Drake, making sure that he would never feel like this was on his shoulders," LaRoche said.

LaRoche spent most of the last month on a road trip in his R.V. with his family, so he said he was unaware of some of the firestorm. He also says he's not really following baseball these days.

You can hear much more of the exclusive Adam LaRoche interview on Good Morning America Tuesday morning starting at 7 a.m. 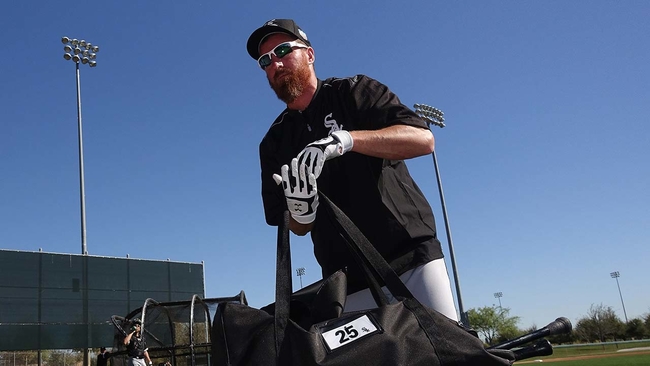