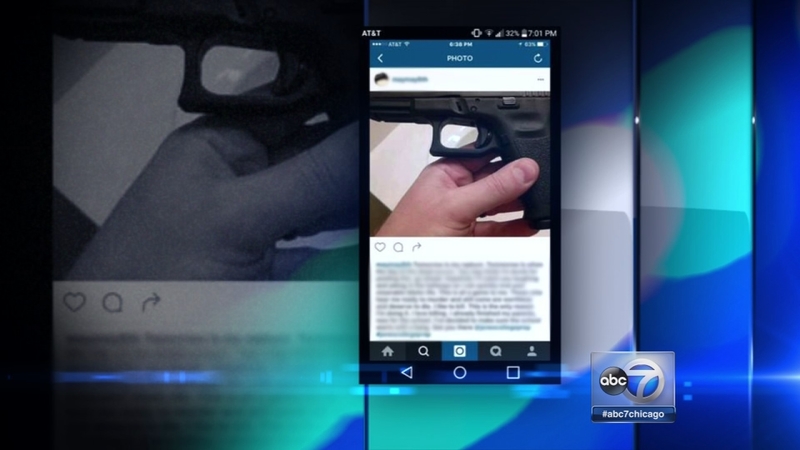 The Instagram post shows a hand holding a gun. In the description of the photo, the person wrote, "I like to kill," and, "I decided to make sure school starts with a bang."

"I don't understand why someone would joke about something like this because it's really serious," said Sydney Jackson, a Jones Prep student.

Security was ramped up after a recent Instagram post showing a hand holding a gun with promises to shoot students at the selective enrollment school. The post caught fire on social media.

"It started on Instagram and then I put it on Twitter and then somebody used the screen shots and put it on Facebook and then it was on Instagram," said Maxine Aguilar, a Jones College Prep student.

A statement on the school's website encouraged everyone to come to school Monday but warned the check in process would take longer than usual. Chicago police said they don't believe the threat is valid, but they took extra precautions just in case.

"This has happened before, specifically last year around this same time so I don't feel like it's anything to be too worried about. I just feel that maybe it's a cry out for help," said Antonio Wagner, a Jones Prep student.

That prior threat came at almost the exact same time last year. Students saw a threatening post on social media which prompted a similar police response.

Police are investigating the source of the threat. While they say they don't believe it's credible, they not being specific as to why.

The school has released a statement that said:

"Jones College Prep is aware of a recent social media post, and is working with CPS Safety & Security and the Chicago Police Department, who are investigating the situation. While the investigation is ongoing, the school will have additional security and is urging everyone to come to school as normal. Students and parents are encouraged to anticipate a longer check-in at the beginning of the day. Please be assured that the safety of our students and staff is our highest priority."