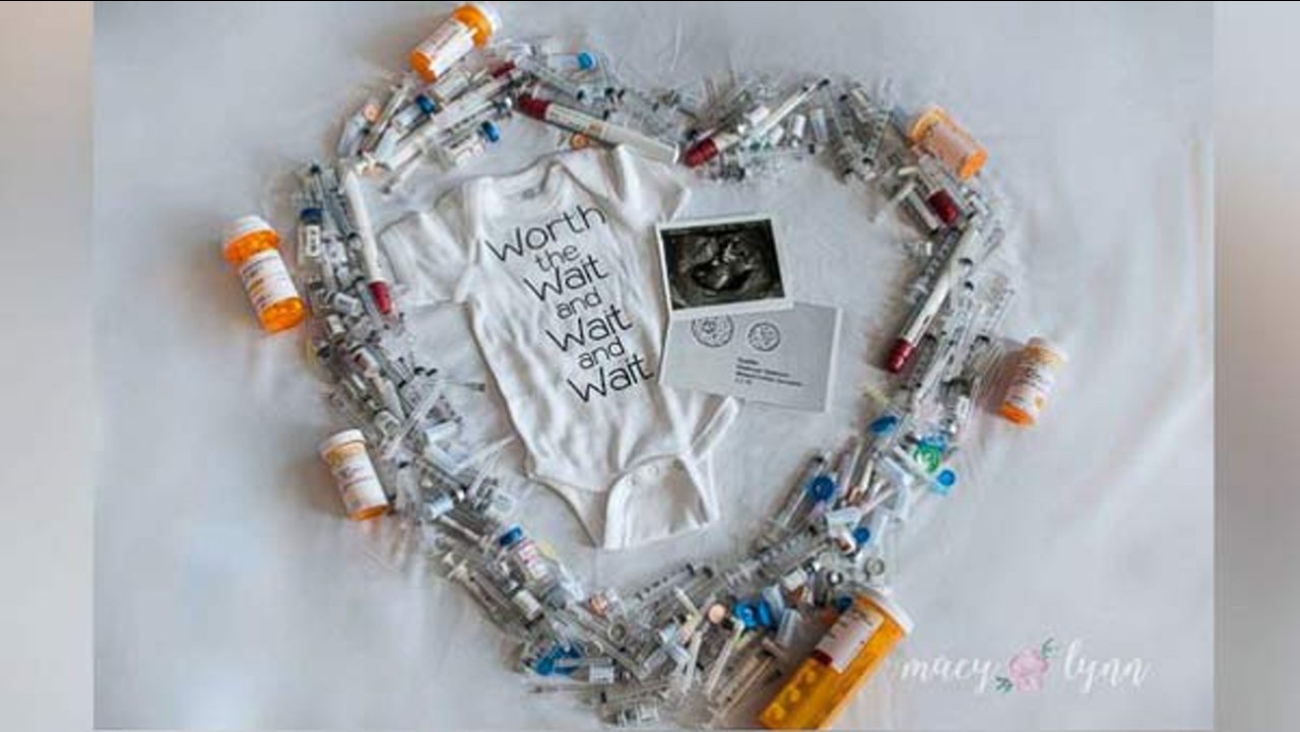 Macy Rodeffer struggled to get pregnant for four years. After three miscarriages, surgery and medication, she was excited to share her pregnancy announcement with the world.

In a photo posted to Instagram that's inspired "so much love and support," she said, Rodeffer placed a baby onesie and sonogram photo inside a heart made from the vials of medication and injection needles she used during IVF.

She was inspired, she said, by a woman who staged a similar photograph last year. That story was first reported by ABC News.

"I really just wanted the photo to show...how difficult infertility can be," Rodeffer told ABC News. "My photo contains the medications from just one round of IVF. There are a lot more people that go through so much more than us, all the while dealing with hurtful words, unsolicited advice, and judgmental comments. It was also a way for me to show my friends and family what we had gone through for our baby, when words didn't quite seem to cut it."

Rodeffer has blogged about her journey to motherhood on her website Martinis and Medicine. In her latest post, she celebrated her "first" Mother's Day, though she acknowledges it will always be bittersweet because of the three babies she lost.

Rodeffer said the reaction to her pregnancy photo has been overwhelmingly positive, though she has received criticism for choosing not to adopt.

She explained that she actually hopes to adopt someday, as her mother and cousin are both adopted. "Adoption can be just as emotionally and financially painful as fertility treatments," she said, noting that three families she is close to are going through the process right now.

Despite the criticism, she's happy her photo has touched so many. "While my hope was to reach people with my story and raise awareness for infertility, I never imagined that it would reach as far as it has. There has been so much love and support poured out for us, and so many people now sharing their stories because of it," she said.