Boy, 16, fatally shot on way to school on SW Side

WLS
By Karen Jordan
CHICAGO (WLS) -- A Chicago teenager was shot and killed on his way to school on Chicago's Southwest Side.

Victor Felix, 16, was shot several times Wednesday morning near 56th and Keeler in the West Elsdon neighborhood. Police are now searching for two men who were spotted running from the scene.

"He wasn't into nothin'. He was into basketball, softball," Angel Morales said of his grandson. "He was inspiring. He was 6'3', 200 pounds. Good kid. Targeted him because he was a big kid."

His family says his grandmother dropped him off at John Hancock High School, where he was a sophomore.Then, two of his friends asked him to walk to a nearby store in the West Elsdon neighborhood.

On the way back, police said a brown Buick pulled up in an alley around 8:40 a.m. Investigators said the driver got out and fired several shots.

The two friends got away, but Felix was shot three times. Neighbors said they heard the shots.

"All of a sudden I heard pops. Pop, pop, pop, pop. I look out, saw two kids running across neighbor's lawn, then I saw a kid lying on the sidewalk," Arlene Marszalik said.

Felix was taken to a hospital where he was pronounced dead.

His grandfather wonders if he was set up, although he does not know who would target him. Morales said gangs are prevalent in the area, but Felix was not involved in any trouble.

"He was a handful, but he was our kid," Morales said.

"This was shocking to me knowing in the morning that he got shot," said classmate Cesar Ortega. "I couldn't believe it."

Classmate Fabian Chavez started a memorial to Felix on the corner where he was shot. 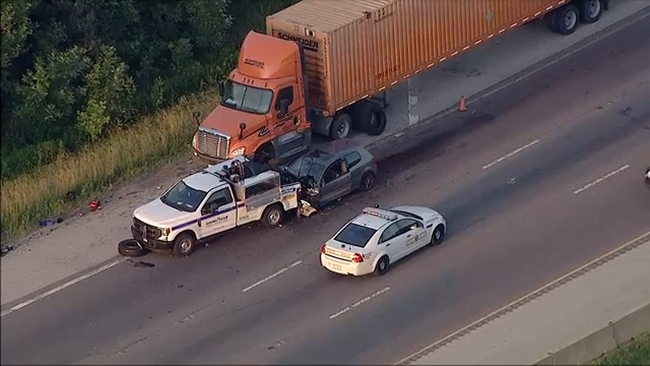