Framework for budget deal in place for Illinois, lawmakers say

WLS
By Sarah Schulte and Laura Podesta
CHICAGO (WLS) -- Both houses of the Illinois General Assembly have adjourned for the day following a marathon day of meetings between legislative leaders and Governor Bruce Rauner in hopes of hammering out a series of bills to provide a stopgap budget to fund human services and education in Illinois.

Legislators will report back to the capitol Thursday morning - at 9 a.m. for the House and 10 a.m. for the Senate - to vote on bills crafted overnight.

Sources say the framework for a stopgap deal is in place.

"I give the governor credit, I think. The governor made a change of direction over the course of negotiations with little from the other side," said State Rep. Dan Brady (R-Bloomington)

That means the governor likely set aside his "turnaround agenda" for compromise. The deal reportedly includes money for Chicago Public Schools. The education portion of the bill would last for one year; the other parts of the deal like essential services and construction projects would last for six months.

The deal may also include giving Mayor Rahm Emanuel something he's been asking for: the ability to raise property taxes in Chicago in order to fund public schools and teacher pensions.

"We'll allow that decision to be made at the local level and empower them to do so, to give them the flexibility and the potential revenue to further address the needs of education," said State Sen. Kwame Raoul (D-Chicago).

"I've heard pension parity will be part of the package as well, that is a big priority for me," said State Rep. Ann Williams (D-Chicago).

The deal calls for the state to start picking up a portion of Chicago teacher pensions since Chicago taxpayers also pay into the state fund for state teacher pensions. What is not included in the deal is changing the education funding formula.

"It's not all that we could be doing from Chicago Public Schools, but it is a compromise," said Raoul.

State representatives and senators waited on their chambers' floors all day Wednesday in case a vote could happen sooner, but they didn't mind. Lawmakers say they're happy to wait if it means progress is being made behind closed doors.

"This is the kind of thing that hasn't been happening over the last 18 months. So the fact that the leaders are talking in a room, as far as I know, I can consider that to be a really good sign," said State Rep. Elain Nekritz (D-Buffalo Grove).

"This should have been done a long, long time ago, but it's the situation we are in today. I'm glad to see they're starting to hammer it out right now," said State Rep. Tim Butler (R-Springfield).

Before talks began, Democratic leaders and Gov. Rauner were far apart when it came to funding education.

Rauner called for an increase of over $240 million for all school districts, but no specific funding for Chicago Public Schools. Senate Democrats proposed a $700 million bump in school funding, with $100 million earmarked for the Chicago Teachers Union pension fund.

"We are not bailing out Chicago Public Schools, they've been harmed under the existing formula and we have to fix that," says Rep. Nekritz.

Even some downstate Republicans are open to giving more money when it comes to CPS.

"I think both sides have to give. I'm somebody that believes you gotta negotiate and find bipartisan solutions. So if it means we're getting something from the other side but we have to give things up, that's certainly the way things should work," says Rep. Butler.
Related topics:
politicsspringfieldloopbruce raunereducationillinois budgetgeneral assemblycpsschool budget
Copyright © 2020 WLS-TV. All Rights Reserved.
RELATED 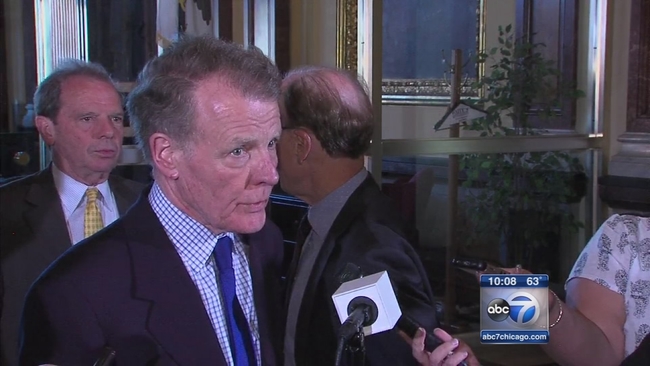 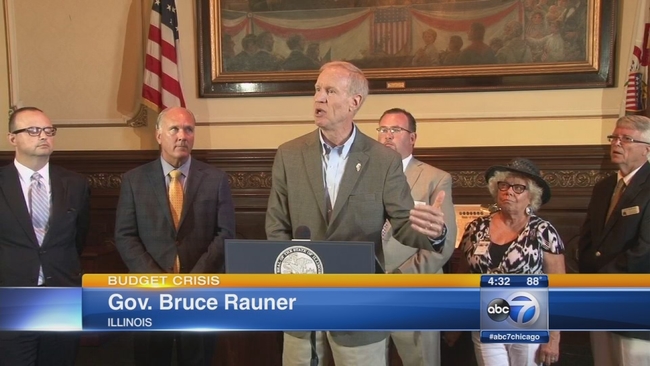