Grandfather in intensive care after hit-and-run 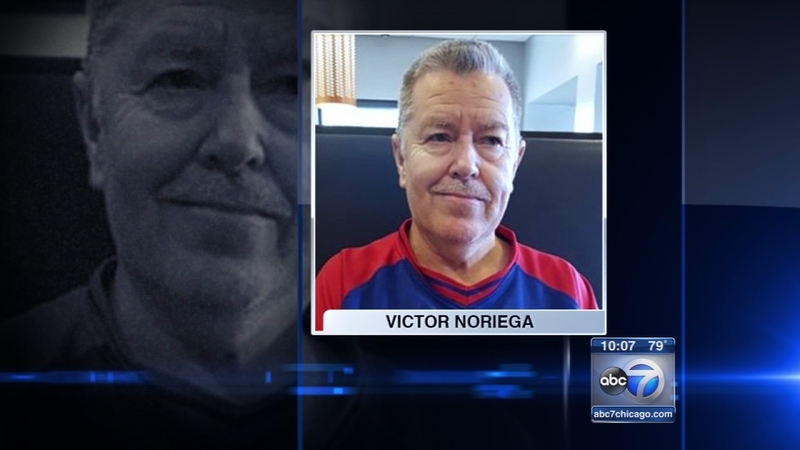 Grandfather in intensive care after hit and run

CHICAGO (WLS) -- Victor Noriega, 61, is in intensive care with severe head trauma after being struck in a hit-and-run in Chicago's Arcadia Terrace neighborhood. Now his family is asking for help identifying the driver.

"Oh, I'm mad. I just imagine one of us. I'd stop. I would stop and help," says David Pagan, friend of the victim.

Noriega, a grandfather, was struck around 9:30 p.m. on Monday while crossing Peterson Avenue at the intersection with Rockwell Street on foot. Surveillance video shows him hit by a car traveling westbound and left bleeding in the street.

Another camera shows the dark-colored sedan or coupe pulling over after the impact but exactly 10 seconds later the driver speeds away and doesn't return, leaving others to care for Noriega.

"He was on his side, definitely in severe trauma, kind of making some noises from his mouth but clearly unconscious while doing so," says witness Joe Squaglia.

Noriega works as a condo building janitor and comes from a large family. Relatives say he was headed to a store to buy more drinks for a July 4th party when he was struck.

The video shows him crossing against the light; the car had a green. But police and Noriega's family say the driver should have stayed.